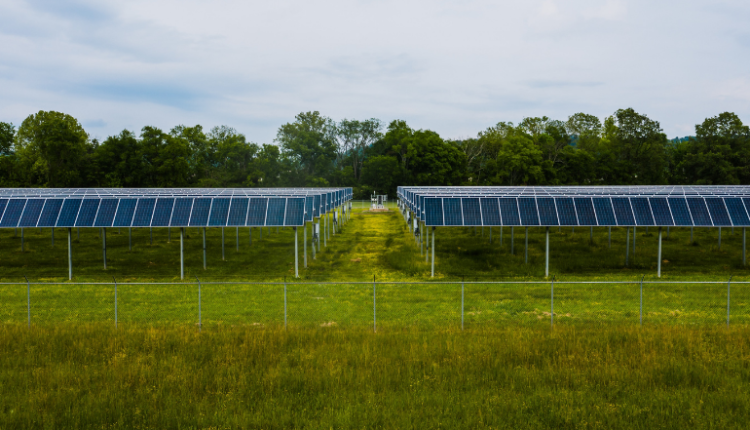 The bills — for which they are recruiting co-sponsors — would remove existing policy restrictions to allow for the development of small-scale community solar projects that would allow greater access to solar energy, lower utility bills, and create jobs and economic development across the state. Under the law, residents and businesses could subscribe to part of a community solar project and get a credit on their electricity bill for the power produced, just as if the panels were on their own roof.

When enacted, community solar would work alongside all existing forms of power generation and use private capital to improve grid resilience and reduce costs for all taxpayers. It also has the potential to create thousands of jobs, drive hundreds of millions of dollars in economic development in rural and urban counties, provide farmers with an additional income stream, save customers millions of dollars on energy bills, and generate local tax revenue across the state.

“Our legislation offers Wisconsin customers the opportunity to save money and use locally produced renewable energy,” Senator Stroebel and Representative Ramthun said in a memo distributed to lawmakers. “Community solar will expand energy options for residents and small businesses, fuel economic growth throughout Wisconsin, bring more renewable energy to our state, and create consumer choice that will lead to savings for Wisconsin taxpayers.”

Coalition for Community Solar Access (CCSA), a national coalition of businesses and nonprofits working to expand customer choice and access to solar energy for all U.S. homes and businesses through community solar, endorsed the Republican-sponsored legislation.

“Community solar will drive clean energy development, more customer options, bill savings and a new homegrown industry in the state of Wisconsin,” said Jim Murray, Midwest Regional Director for CCSA. “We applaud state conservatives for pursuing common sense energy legislation that harnesses private investment to modernize the state’s power grid, lowers grid costs for all taxpayers, and revitalizes the economy without raising taxes. We look forward to working with lawmakers to get this crucial piece of legislation across the finish line this fall.”

There are 21 states + Washington DC that have established solar community programs, including multiple Midwestern states such as Illinois, Minnesota, Colorado, and Michigan are considering legislation.

With Contractors In High Demand, A Lot of Funding Is Going To Home Services Startups – Crunchbase News