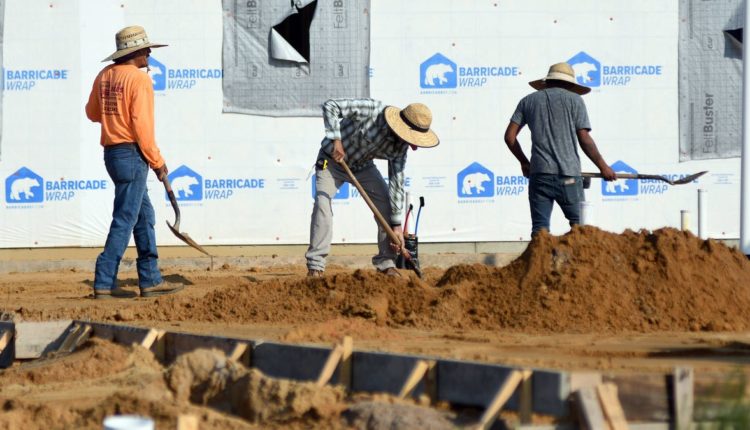 Wilmington homebuilders struggle to keep up with hot housing market

Lumber, windows, nails, appliances, and roofing all have one thing in common: Home builders in Wilmington – and throughout North Carolina – are struggling to get enough of it.

“We are seeing material shortages and delays on everything that goes into building a home,” said Cameron Moore, the executive officer of the Wilmington-Cape Fear Homebuilders Association. “Whether it’s lumber, glue, epoxies, sealant, paint, floors, appliances, roofing, nails, I could go on and on.”

The shortages have lengthened the amount of time it takes to build a home in Wilmington and has increased overall housing costs for buyers. Home builders in the Cape Fear region are struggling to keep up with the hot housing market in the area, Moore said.

“We cannot build enough houses at the moment because we cannot get enough products,” he added.

While the COVID-19 pandemic has contributed to material shortages by limiting some of the production, other factors come into play.

Craig Smith, the owner of 70 West Builders, said his company, which builds homes across Eastern North Carolina, didn’t start seeing shortages and price increases until months after the pandemic.

“It’s not a direct result of the onset of the pandemic, it’s the consequences of people buying more homes and the manufacturers can’t keep up,” Smith said. “It’s just getting worse month after month after month.”

When the pandemic started last year, there was some uncertainty about how the construction industry would be affected, said Holly Overton, the sales manager and vice president of Charter Building Group, a home building company in the greater Wilmington area. The shortages started gradually but got worse.

“The shortages actually started with just a handful of items, but every month it gets worse and we see more and more items getting backed up in production,” she said.

So what is causing these material shortages and price increases? There are a few factors.

First, people are building more houses. According to Robert Dietz, chief economist and senior vice president for economics and housing policy at the National Homebuilders Association, the US saw a rise in the number of new construction projects of about 12% last year.

Particularly in the Wilmington area, there is a housing boom. The remodeling market is also hot right now, driving demand for building materials, Dietz said.

Manufacturers couldn’t keep up with that demand, leading to backlogs and delays, and tariffs for softwoods from Canada have led to additional price increases, according to Moore.

“The housing industry is a global industry,” he said. “It’s not just that all of these products are made here in North Carolina or here in Wilmington.”

For John Rock, the CEO of American Homesmith, the price increases for lumber were the most substantial. It now also takes the company between 16 and 18 weeks to get the windows needed for a home. Before the pandemic, they could get estimates in four to five weeks.

“Trying to plan what you’re going to build four to five months in advance is a lot,” Rock said.

Certain materials are considered “critical path” items that must be installed before a home can be completed, Overton said.

“Things that are a critical road, like windows, appliances, if you can’t get those materials in time, it will really stop a job site completely,” she said.

More than a year since the start of the pandemic, some local builders are starting to wonder when things will return to normal. It’s a question Moore regularly gets from the construction workers he works with, but the end is not yet in sight, he said.

“Most homebuilders in our industry thought that as the pandemic restrictions eased, production would be able to catch up or approach demand, and it just didn’t happen,” she said. “It’s gotten worse instead.”

Dietz said helping manufacturing to keep up with demand and lifting Canadian tariffs could help, but the situation remains complex.

“There are many different factors that can help,” said Dietz. “I don’t think there is a single solution.”