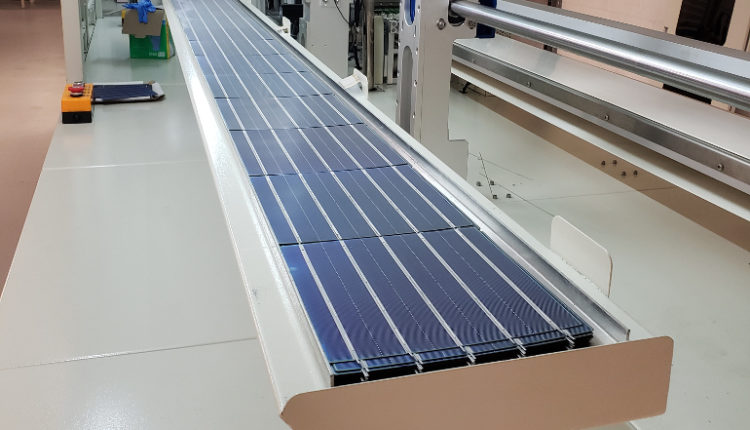 The US solar industry is desperate for domestic production expansions, but it’s also currently struggling to get things moving. Between global supply chain disruptions due to COVID and the constant barrage of tariffs on solar products, it takes a lot of courage to start a new venture. Crossroads Solar Energy has a tough road ahead of it, but with strong community support, it is striving for success. 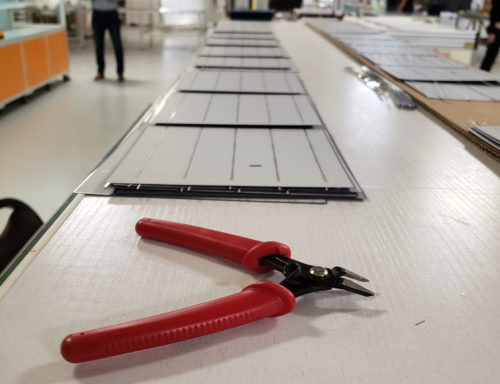 The new solar panel assembler in South Bend, Indiana, is small — two shifts expect to produce 12 MW of crystalline silicon solar panels annually — but its mission is mighty. The goal of Crossroads Solar is to “produce perfect solar panels with people who made mistakes.” Crossroads employees are released felons who “served their time and earned the chance to re-enter the workforce with dignity.” The for-profit company’s focus is more on employment than solar.

The idea behind Crossroads comes from Patrick Regan, a recent professor of political science and peace studies at the University of Notre Dame, and technology businessman Marty Whalen, both of whom lectured at Westville Correctional Facility through the Moreau College Initiative. The couple wanted to find a more tangible way to transform the way society thinks about crime and punishment and provide job support to the former inmates. 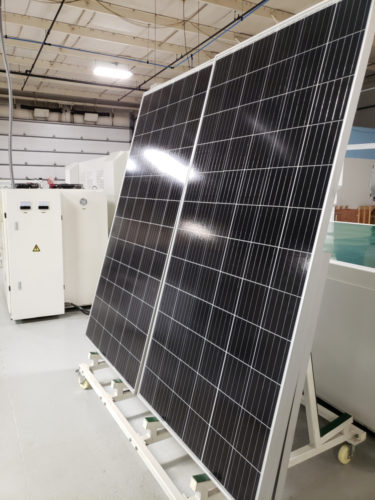 “I wanted to create a company that could demonstrate that U.S. manufacturing can be competitive, and most importantly that a workforce that we throw out far too often because of past crimes can be the source of that competitiveness,” said Regan. He saw the solar industry as a 21st century business and saw a solar module manufacturing entity as the perfect way to maximize the three P’s: people, planet and profit.

intersection starts employees at $16/hour with insurance and pension. The first shift will have 12 people on the floor producing both 60 and 72 cell monocrystalline solar panels. Further growth is dependent on the market and supply — which is causing quite a bit of headache right now, Regan said.

Solar energy world traveled to Indiana to see the new plant finally go live in September 2021, two months later than Crossroads Solar’s original plan. We spoke to Regan about the difficulties of starting a new solar panel factory today, mission-driven or not.

SPW: What prevented Crossroads Solar from starting production in July as planned? 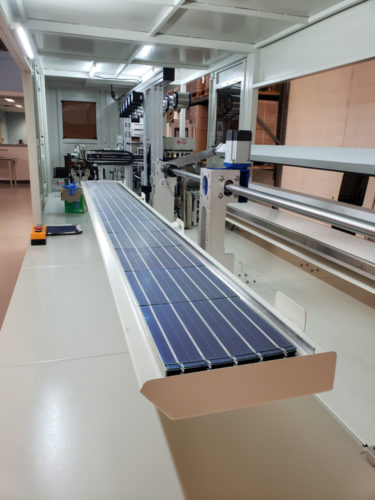 regan: This is all after producing a panel and certifying it [which was completed in late 2020/early 2021]. I have an email from a supplier that says “Your product will arrive on July 15”, which was our expectation. We expected our pieces to arrive in mid-July 2021 and they arrived in mid-September.

I’m not a supply chain guy, but here’s my thinking with my political science background: we had built a system that had been in equilibrium for decades, with products and containers flowing seamlessly across the planet. When they closed in March 2020 due to COVID, the containers stopped where they were. The system got out of balance. When we started again, everyone wanted Chinese product, but all the containers were here. Nobody wanted to send an empty ship of containers to the product. It’s still not resolved. Only when that balance is restored.

We got caught up in that.

SPW: Where did you get your production equipment like the stringers and laminators?

regan: I bought equipment from Spain, Mexico, Germany. I didn’t have a lot of money and I needed to buy equipment, so I looked at used equipment at first. It was probably good equipment, but it was already obsolete. There was no point in paying the same price for equipment that would soon start producing panels that no one would want. I was looking at new equipment from Mexico, and to work out, the place was over $1 million worth of equipment. So I went to China. I did some research and looked at a few factories and it was a quarter of the price. So I bought Chinese equipment. But then COVID China shut down in January 2020, when our equipment was scheduled to be produced, and then we couldn’t import it. It just stretched.

SPW: Did the lack of American-made solar components surprise you? You had to get solar cells from Vietnam, glass from India, junction boxes from China, and it was a struggle to get frames. 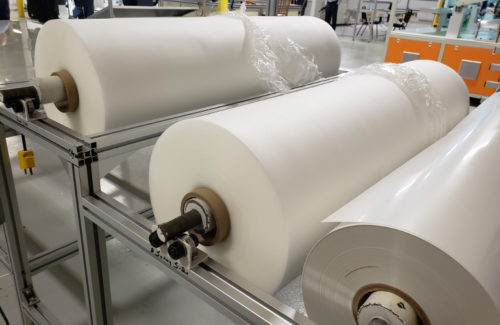 regan: I expected frames to come from here. We are near Elkhart, Indiana, a large aluminum extruder for the RV industry. I have contacted them several times and they just tell me they are too busy to deal with me. I’m surprised I can’t find a local aluminum extruder to make our frames. So I ship the frames from China, which seems to be the industry standard. I paid a rate of 111% on those frames.

EVA and backsheets I initially bought from the United States, but in the world of a startup and small, they treated me like I wouldn’t be there tomorrow. I loved their stuff, but they sent me an old product that wasn’t on the shelf. When it just bubbled, they said it had been on the shelf for three months. And since I needed such a small amount…I got the EVA and backsheet from India, and it turns out to be no cheaper than I can get in the States. I just trust it [the quality]. Until they see me going into business, I think they will always treat me badly in that regard.

SPW: How are these supply chain issues impacting Crossroads as they start up and build industrial relationships? 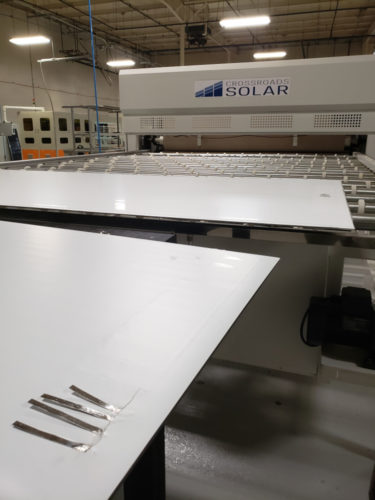 regan: The hard part is that everyone expects the supply chain to be more gobbled up before the Christmas holidays, to the extent that Target and Home Depot have rented their own freighters to bring in their products. That just makes it hard for someone like me bringing in a single container. I suspect other larger solar manufacturers are going through the same thing, they just have more power to weather the storm.

We are going to make and sell solar panels. I’ve talked to the RV industry because I have panels that are certified for RVs. We are in talks with design and installation people in the region. We are going to sell panels to generate income to buy more products. I hope that can come in a time that doesn’t force us to fall asleep. As soon as our current product runs out, to let us produce, I now have to order things to get on ships. Places like Target and Home Depot suck up all the variety in transportation. If I don’t get in the game now, we’ll have to shut down for a few months until the supply chain delivery process plays itself out.

I don’t have the money to order now. I have to let the revenue generate the money. In the original model it would work just fine as I now have enough product to sell panels and cash to order. I would order within six weeks. But now that the lead time has moved from six weeks to 18 or 24 weeks, someone like me is… it’s really hard to do. I hope it works.

Karastan teams up with Stacy Garcia