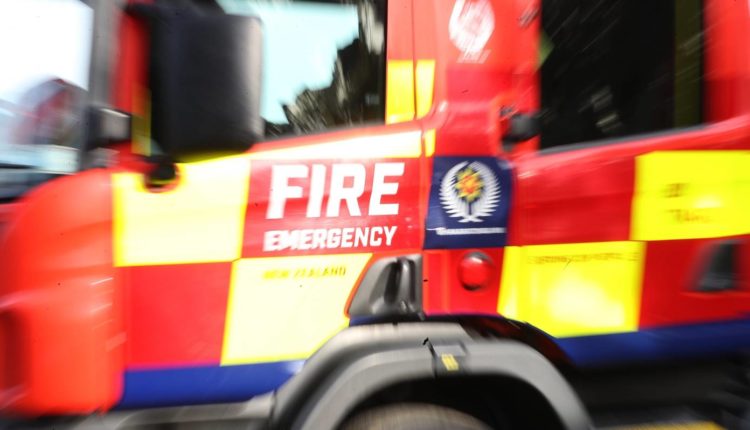 Wild winds from Wellington ravaged the city on Friday evening and emergency services were called to at least three buildings where roofs have been damaged.

At 6:33 p.m., police and firefighters were called to a building on Taranaki St.

A police spokeswoman said officers were called to the scene after reports of a roof or roof material lifted from the building.

READ MORE:
* Mandatory evacuations if the Buller River rises on the west coast due to heavy rain
* Caution if strong winds, rain expected in Marlborough
* Watch out for the southern roads when wild comes again

Three fire trucks arrived at the scene and officers helped with traffic until 8.30 p.m.

At 9:18 p.m. Chris Dalton, Fire and Emergency New Zealand’s foreman, confirmed that firefighters had also been called to Newtown and Kelburn following reports of roofs being lifted from houses, but declined to comment further.

Earlier on Friday, a tree had fallen on Lambton Quay, causing traffic problems.

Police and fire brigade were called to the fallen tree at 2.15 pm.

The tree was felled and removed from busy Wellington Street at 3:25 p.m.

On social media, the Wellington Region Emergency Management Office warned people in the Kāpiti Coast to be careful on the roads, especially near Centennial Highway.

Heavy swells were forecast for Saturday between Paekākāriki and Raumati and northwest winds were expected to rise between 40 and 45 knots in the morning and decrease by midday.

“It will be high water at 3 p.m. on Saturday and a low pressure area will come over that can cause a storm surge of more than half a meter.”