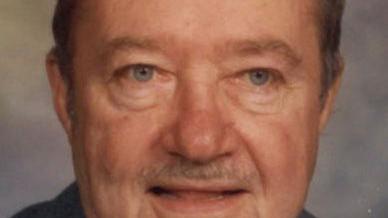 He was born on October 26, 1925, in the rural community of Fox, Black Hawk County, to Albert A. and Anna F. Arend Burger.

Wayne graduated from Sacred Heart High School in 1944 and served with the United States Navy Air Force during World War II. He served as a plumber for numerous plumbing companies in Waterloo, also served as a plumber inspector for the City of Waterloo for 25 years and retired on January 5, 1988.

Preceded in death by: his parents; his sister and brother-in-law, Theodora and Melvin Brustkern.

Mass of Christian Funeral: 10:30 a.m. Wednesday, July 21 at Sacred Heart Catholic Church with burial on Mt. Olivet cemetery. Full military rites will be performed by Evansdale Amvets Post 31, assisted by the United States Naval Honor Guard. Public visitation from 4-7pm Tuesday, July 20 at Hagarty-Waychoff-Grarup Funeral Service on South Street, where there will be a rosary at 4pm. Also visit one hour before services at the church on Wednesdays.

Memorials: May be addressed to the Sacred Heart Catholic Church.