In this special edition of Corner of the contractormounting manufacturer K2 systems dispels the myth of “flicker-free” solar roof assemblies and covers the latest advances in installing solar energy on tiled roofs. K2 Systems is a global supplier of mounting equipment and Johan Alfsen, senior director of training, talks about the company’s latest innovation in flash technology: butyl.

Below is part of the company Sunlight podcast with Solar Power World, but listen to the full episode here or in your favorite podcast app.

What is needed to waterproof tiled roofs?

There’s actually a bit of confusion about this question and answer, as different jurisdictions have different requirements based on what I’d say are called “best practices” by organizations like the Tile Roofing Institute. The reason I say it’s kind of confusing is because not all AHJs require it. They are OK with just sealant over bolts which is the bare minimum. But some installers take it upon themselves to do it in the most thorough way, or do what’s called three coursing with roofing cement, where they insert around a metal flash with tar to flash that to the level of the underlayment and they add a layer of gauze and another layer of tar. So it’s extremely time consuming and I can understand why some installers won’t do it or beg for better ways, but not all jurisdictions mandate this.

How is installation on tile roofs different from others, such as composite shingle?

Tile roofs are a bit more complicated as they have two roof waterproofing systems. Technically, comp shingle roofs also have an underlayment under the asphalt shingles, but you’re not going to get close to it. You penetrate it, but you don’t reinforce that waterproofing, it’s just another layer under the singles. While with tiles there is a large gap between the felt paper backing and the tile. So the heart of a tile roof system is at the sub-layer level, while on composite shingle, as long as you’re waterproof at the surface level, you’re good to go. But tile has a bit more complexity because it has the bottom layer which is a bit more fragile, but also a very important part of the roof, and then you have the top tile level as well.

What are “flashless” roof mounts?

the word “flash-less” is actually the wrong word to use that the industry uses with these flash-less products. What they’re referring to are these composite shingle mounting systems — for example our Splice Foot — it’s a product that doesn’t have a metal gutter, but a butyl gutter. And the reason I say flashless is the wrong term to use is because these products do have flash, but in a different shape. Some of them call it a flexible flash, others call it a pad flash. It just depends on the product.

What is the advantage of using butyl vs. metal flashings?

A flexible gutter or butyl gutter is ultimately a better solution because you can stick it on top and it will seal itself when you run the screws through the butyl. It’s just an easier install, and it’s obviously regionally based, or installer based, with whatever they want. It has many advantages and we make some videos for comparison between metal flashing and non-metal flashing.

What products does K2 offer for tile installation?

we always had tile hooks, we have all kinds of different series of tile hooks for the different types of tiles, such as flat tile or “S” tile or “W” tile. But we recently added the same butyl that is part of our Splice Foot. We call that seal the EverSeal. That means the product has been thoroughly tested for water ingress, wind-driven rain, immersion testing and heat and thaw. It will be placed on our tile hook range, so now we have butyl tile hooks and what is going to worry is a much simpler solution for installers who want to seal the tile roof penetrations into the subfloor, and don’t want to bring large buckets of tar and the three to do coursing. They can use the butyl that seals itself in the roof. Our new hooks will be available with butyl as part of the EverSeal series.

This podcast is sponsored by K2 Systems 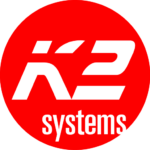