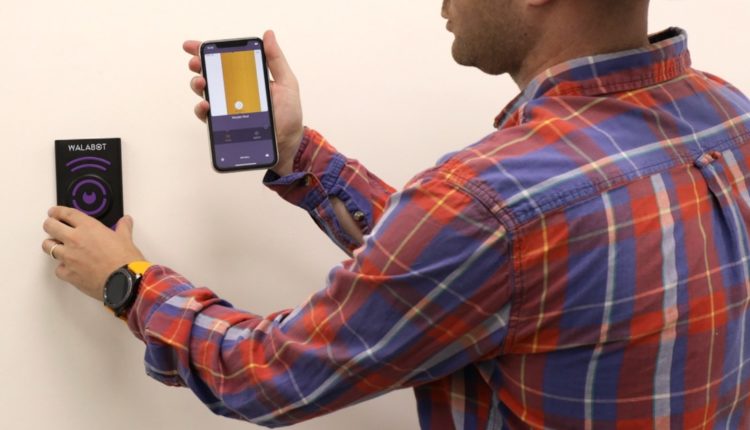 Walabot, a unique in-wall imager that’s loved by many DIYers, is receiving a huge update today. In the past, Walabot has only worked with Android smartphones, meaning those with an iPhone were left out in the cold. It’s a unique scanner that essentially gives you “X-ray vision” into your walls, showing you where studs are in their entirety as well as wires, plumbing, and more. Well, today, the Walabot DIY 2 is the latest release for the “world’s only visual stud finder.” It now functions wirelessly, has a built-in rechargeable battery, and even works with both iPhone and Android. So, what all does the Walabot DIY 2 do? Let’s take a closer look.

The biggest change to the Walabot DIY 2 is that it now works with both iPhone and Android. I know we’ve said it a few times already, but it’s a big deal. Essentially, the new Walabot DIY 2 pairs to your home’s Wi-Fi network so that way you don’t have to have it connected physically to your phone like you did on the previous model. This not only allows it to reach into smaller spaces, but also allows two people to work together like never before.

See in ‘4D’ through drywall, lath, and plaster

There’s a unique radio frequency that the Walabot DIY 2 uses to allow you to see into the wall. In fact, it can see up to four inches in to ensure you know exactly what’s back there before you place a single screw. There are two modes to choose from, with the most common one being “full visual.” This mode shows the entire pipe, wire, and stud inside your wall, while also offering a function to show you the center of the stud to know where the most secure area to place a screw is.

It also helps you to avoid putting a screw into a drain pipe, water line, or even electrical cable. This means that not only will Walabot DIY 2 make your home safer, as things will easily be placed on the center of the stud instead of near a side, but also because you’ll be able to avoid electrical hazards and potential water catastrophes.

Walabot 2 levels up your DIY game, now available for purchase

While Walabot DIY 2 is somewhat pricey for a stud finder, coming in at $149.95, it’s actually not that bad for what it does. If you’ve ever put a screw into a water pipe or drain stack, and had to then pay a plumber to come out and repair it, then you know just how costly of a mistake that could be. It can add up to hundreds, or maybe thousands, depending on the type of damage done.

Well, Walabot DIY 2 can help you avoid those circumstances by giving you a glimpse as to what’s behind your walls. So, before you tackle your next DIY project, just think, “Do I want to risk hitting a water line, drain stack, or electrical cable?” If the answer is no, Walabot might be a handy addition to your DIY toolkit.

While I’ve never personally put a screw into anything but a stud (or open drywall,) it’s inevitable that every time we go to hang something at our house, my wife will ask “What’s on the other side of the wall? Could there be a pipe here?” So, we double check, do our due diligence, and make sure that there’s no reason to be plumbing there…but that isn’t always the case. I’ve known people who have went to hang a microwave and put a screw into a toilet drain pipe on accident, not realizing that it was in the wall and thinking it was a stud, since it reacted like a stud would on a normal stud finder. Walabot, however, would have easily alleviated the problem there.

Sure, it’s expensive at $150, and if you rarely hang items in your home then it might not be worth it. However, if you’re an avid DIYer and want to ensure your cabinets, mirrors, pictures, and TV will never come off the wall, then Walabot DIY 2 should help ensure your screws are in the center of every stud.