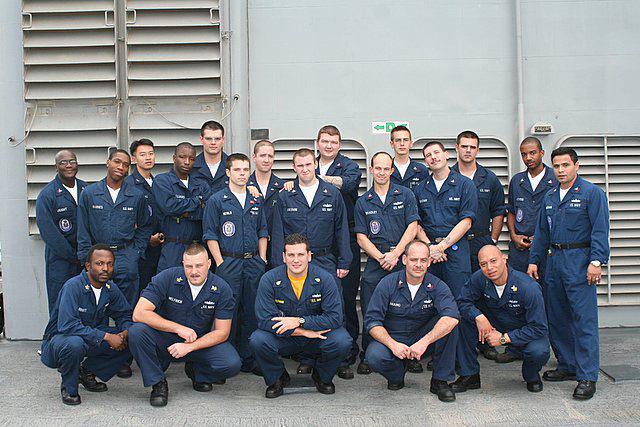 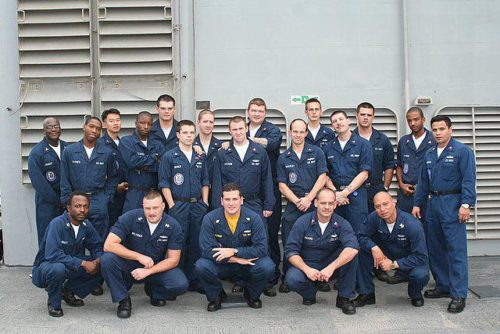 By Frank Reichert, Navy Veteran and Director of Operations and Maintenance, Glide path

My clean energy career has been made possible by the skills and training I gained in the US military and it gives me a way to continue contributing to the future of our country. Today, the industry is working to open doors for more veterans to start careers in solar, wind and energy storage.

I proudly enlisted in the United States Navy in Scranton, Pennsylvania, on August 19, 1993. The coal country of Northeastern Pennsylvania had minimal job prospects, and I felt like military service was the only option for me. My fourteen years of service took me to the Naval Stations of the Great Lakes, Norfolk, Norway, Bahrain, Dubai, Iran, Japan and countless countries in between. I received world-class training that gave me the skills and confidence to lead a 20-person operations department consisting of two LM2500 GE gas turbine engines, two Allison 501-K13 gas turbine engines, liquid propane air compressors, dehydrators, hydraulics and air purifiers .

But despite this experience, when I transferred from the Navy in 2008 to care for my young family, there were few career opportunities and professional networks available to me. This challenge was compounded by the housing crisis and recession that engulfed the US. Four years after separating from the Navy, I built gates on parking decks in the Norfolk area. While this work gave me stability at home and put food on the table, it didn’t fully appreciate my experiences and desire to have an impact on our country.

Fortunately, in 2012, I had the opportunity to join Acciona Energy, a global leader in renewable energy and infrastructure, in the clean energy sector as an electrical system operator. Acciona not only opened up a new career in the wind energy industry, it also set me on a path to serve on the front lines of the 21st century clean energy economy. 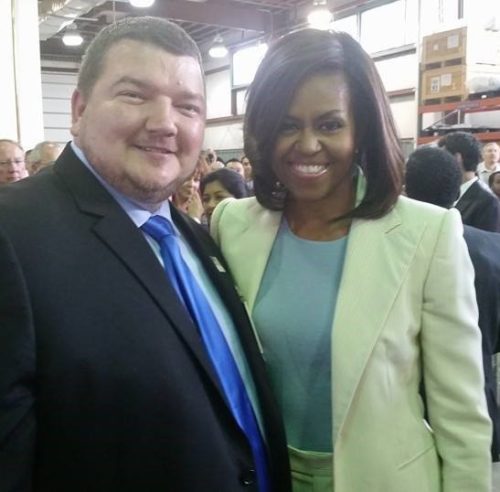 Reichert with Michelle Obama at the launch of Solar Ready Vets.

After Acciona, I joined the team at Invenergy, another global clean energy leader, where I served as a solar and battery storage field service engineer, servicing 14 projects in seven states. While at Invenergy, I was proud to help resurrect the Invenergy Veterans Energy Network, which is the title sponsor of the Atlantic Council’s Veterans Advanced Energy Project, founded by Dan Misch, Inenergy’s director of wealth management. In addition, I was honored to participate in the inaugural launch of the Solar Ready Vets program, which was co-created with the Joining Initiative of former First Lady Michelle Obama and the Department of Energy. Solar Ready Vets was established to recruit and train veterans in the clean energy industry at all levels from field service technician to CEO.

These types of programs provide the opportunities and networking I was looking for when I left the Navy, and have helped more than 25,000 veterans join the clean energy workers. According to the Bureau of Labor Statistics, wind and solar technicians are two of the fastest-growing career fields in the United States, providing high-paying jobs in local communities across the country.

My experiences in wind and solar energy have qualified me to work on next-generation technologies such as battery storage. In my current role at GlidePath, I manage all operations and maintenance for an operational portfolio of battery storage and solar projects stretching from Guam to Pennsylvania, where my journey began nearly 20 years ago.

If my story sounds unique, it isn’t. Every step on my way has pushed me to my limits and forced me to make hard personal and professional decisions. I don’t expect that to change at any point in my career. When I transitioned from the service in 2008, I never imagined that I would find a career path where my skills would be valued and that I would be surrounded by other mission-driven veterans like me. To all the veterans and military spouses navigating the complex transition process, I know you too would be welcomed into our ranks with open arms.