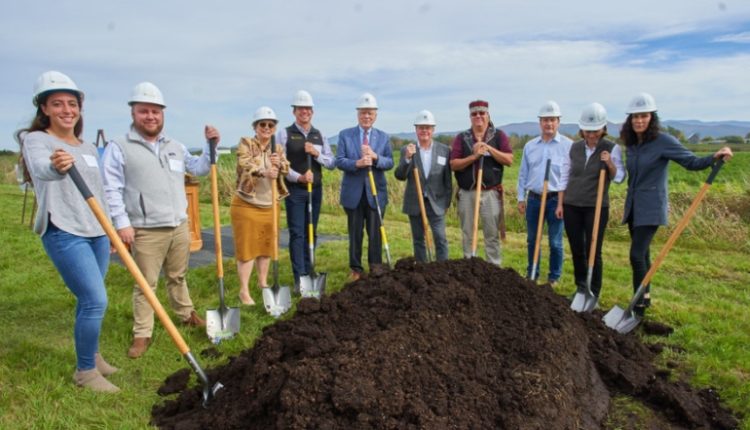 State legislators, power companies, local representatives and educators kicked off a 5MW solar project in Middlebury, Vermont, on Tuesday. When completed, the solar panel will provide: Middlebury College with 30% of its electricity. 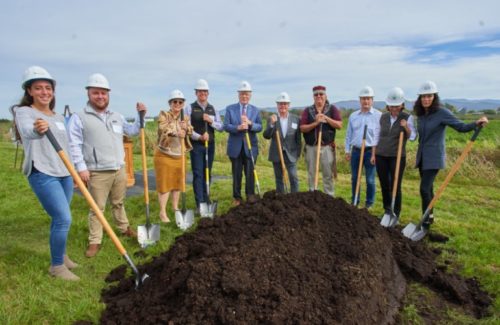 Middlebury College will purchase 100% of the electricity generated on site as part of its Energy2028 initiative, which calls for the college’s use of 100% renewable energy by 2028. The project was blessed by Don Stevens, head of the Nulhegan Band of the Coosuk-Abenaki Nation.

“For many years, I, along with other leaders in Vermont, have highlighted the economic benefits that come from investing ‘all-in’ in clean energy and green infrastructure,” said D-Vermont Senator Patrick Leahy. “As we grapple with the impact of the climate crisis, it is clear that these are not just economic benefits. It is also an economic necessity. I am so proud to see that urgency so clearly demonstrated here in Middlebury.”

Encore Renewable Energy, the property developer, will complete construction of the array in 2022. Located approximately two miles from campus on 30 acres of university-owned land at South Street Extension, the project will feature 29,000 panels mounted on single-axis trackers that will track the sun over the course of the day from east to west.

“The solar project will enable the college to receive clean electricity from a new locally generated source,” said David Provost, Middlebury’s executive VP for finance and administration. “With this groundbreaking work, we are also further diversifying our energy mix.”

The college provides the remaining 70% of its electricity needs with electricity generated by its biomass power plant, other local solar energy production sites and electricity from Green Mountan Power‘s network, which is 100% carbon-free and 68% renewable, is on track to become 100% renewable by 2030.

“This is a great example of how our community partners make us stronger. This new resource will be a rich source of study and exploration for our students, staff and faculty,” said Laurie Patton, president of Middlebury College. “We are grateful to the Middlebury Select Board for seeing the value of this project and to our partners, Encore Renewable Energy and Green Mountain Power.”

Initially, herds of sheep, rather than fossil fuel-powered mowers, will provide vegetation management on the site. Ultimately, the site will feature pollinator-friendly plants and shrubs that will attract a greater number of bees, butterflies and other insects that will help support crop production in the Middlebury area.

To meet state requirements regarding grassland birds, the college will dedicate up to 95 acres of its land to be managed as a habitat for bobolinks and other grassland birds. Once installed, the solar panel will produce approximately 50 times the energy required annually to power Forest Hall, a Middlebury College residence with 155 students. The new solar project will join eight other Middlebury College solar panels on and off campus that span just over one megawatt.

The groundbreaking solar power project follows the College’s July celebration of the start-up of the largest anaerobic digester in the Northeast at Goodrich Farm in Salisbury. The digester, which makes renewable natural gas from cow manure and food waste, will supply about a third of the energy that the college uses for heating and cooling. In addition to using 100% renewables, Middlebury’s Energy 2028 Plan calls for a 25% reduction in energy use, divest Middlebury’s endowment of fossil fuel investments, and educate and involve the entire campus community in implementation of it.