Infrastructure and Energy Alternatives (IEA) is a major force in heavy civil construction. Through its subsidiary White Construction, the company consistently competes with industry leader Mortenson for the best wind energy EPC in the country. It’s really no surprise that after building more than 23 GW of wind projects in the United States and Canada, the IEA thought it was time to invest more in the solar industry.

Joe Broom, senior VP of solar, said: IEA (No. 19 on the list of the best solar contractors of 2022) had worked on solar projects in the past, mainly in Canada, but in 2019 the focus shifted to the growing US market. 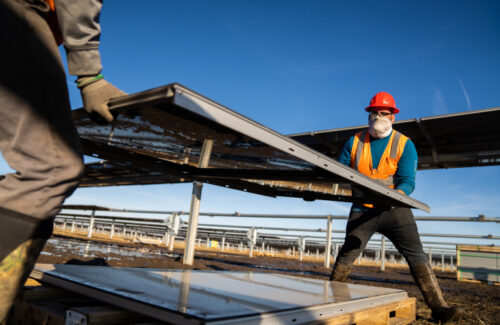 “[IEA] had dabbled in solar energy, but wind was their bread and butter,” he said. “The board has made a strategic decision to focus on other renewable segments, especially solar. They gave me an annual operating plan for five years and we actually achieved that in year 3. Despite all the challenges, the solar energy market remains very robust as there are not enough high-quality EPCs on the market to handle all the work in the queue.”

IEA initially took on projects under 100 MW to “gain confidence back,” Broom said. Today, the company is more streamlined and only works with two or three component suppliers to fully learn effective installation processes to complete projects efficiently and quickly. IEA is now bidding on much larger projects and keeping it very busy.

“For a quarter this year, our solar revenues were comparable to wind revenues,” Broom said. “It doesn’t surprise me, but I think that” [to others at IEA]it’s kind of a shock to the system,” especially as wind contracts remain stable even as the United States moves into an offshore construction market.

While Broom describes White Construction’s dominance in the wind construction market as something the company got into after outsourcing an early wind farm, the company’s rise in the solar charts is going according to plan. 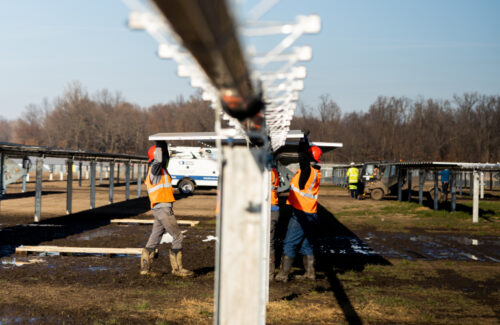 “When we went to the stock market” [in 2018], it gave us the opportunity to bring in board members with skills and expertise in other sectors. That’s the strategy: to not put all your eggs in one basket, to look at other segments — solar energy is a perfect example,” he said. “We’ve also started a battery storage practice, so we’re planting seeds We’re doing a lot organically to broaden our growth to renewables, not just wind specifically.”

Broom said one of the benefits of working with a large company is the use of its staff.

“That is one of the main constraints in the market: the availability of labor. We already have a workforce on the wind side that we can easily cycle through on the sunny side,” he said. workforce within our current ranks that we can leverage. That’s the secret sauce why we’ve been able to make the hub and grow so quickly.”

While solar may be a stronger focus for IEA right now, the company is not forgetting wind.

“Internally, there’s still a tremendous amount of excitement on wind,” Broom said. “Every week we look at the opportunities for wind and sun, and sure, wind might be a little more difficult, but there are still opportunities. I don’t think we have reduced the amount of bidding efforts on the wind side. But we have certainly stepped up bidding efforts on the sunny side.”

No. 2 EPC dedicates resources to diversity and inclusion