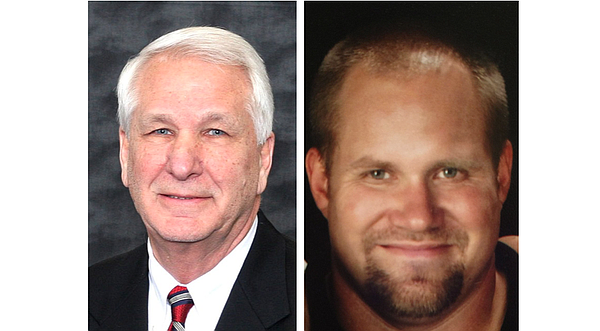 FORT SMITH – The president of the school council has a challenger in the annual school election on May 18.

Incumbent Bill Hanesworth and Matt Blaylock compete for the big seat of the board in Position 4. The winner will be given a three-year term in the unpaid position.

Hanesworth has held this seat since 2015. He has served as Chairman of the Board for approximately one year.

A former high school teacher, Hanesworth is the chief operating officer of the Littlefield Oil Co. in Fort Smith. He is a member of the Dean’s Leadership Council of the University of Arkansas – Fort Smith College of Business.

Blaylock is president of Blaylock Heating, Air Conditioning, & Plumbing Services in Fort Smith. He is also a member of the city’s plumbing advisory board.

Hanesworth said he was initially running for the board after hearing from others about how the school district was said to have “fallen far behind in areas such as technology and infrastructure.” He ran to find out what those people meant and to be part of the solution. He also wants to see Vision 2023, the district’s five-year plan approved by the board in 2017.

Fort Smith and Barling voters approved an increase in property tax from 36.5 to 42 mills in May 2018 to pay for projects in the Vision 2023 capital improvement program. The additional millage – the district’s first increase in 31 years – generated about $ 120 million for capital improvements, including new, safe access to schools.

Hanesworth said one of the issues he originally faced the board of directors was to provide “a safe learning environment for all students and teachers.”

He said he voted to establish the district’s own police department, which started in 2019. This consists of five full-time certified police officers, a part-time officer and three additional officers provided by the Fort Smith Police Department. It is run by Bill Hollenbeck, a former Sebastian County sheriff.

Hanesworth also said the district should standardize its curriculum across grades and schools and review certain teaching methods.

“We also have to take into account that many things have been learned during COVID that will allow us to get better in the future,” said Hanesworth. “Using Zoom forced us to evaluate some other possibilities we could do with virtual schooling children.”

Hanesworth said his experiences in key management roles at various companies give him a broad perspective on how to evaluate strategies. His time on the board included the hiring of two superintendents: Doug Brubaker in 2016 and Terry Morawski last year.

Blaylock said several decisions taken by the administration and the district in recent years have prompted him to flee. He declined to specify what the decisions were, except that some were staff-related, while others were financial decisions with the millage. He believes some of the millage revenue that has gone into construction projects has left Fort Smith’s economy when it should have stayed there, he said.

According to Blaylock, the top three priorities of the board should be students, teachers and staff, and sound financial management.

“I think that is sometimes forgotten, and I think there are some board members who think that everyone among them works for them, when the board should really work for everyone: the people they represent and the employees of Fort Smith. Public School District, ”said Blaylock.

Blaylock said he has worked with the district for more than 20 years, including as a contractor and with the district’s Partners in Education program, which connects its schools with businesses in the community, according to the district website. It is important for Blaylock to have more participants in that program.

“To be fair, I think they could use those resources a lot more than they do,” he said. “I have tried to offer them more help. They are not always taken advantage of, the opportunities that are offered.”

“Simply put, if you’re happy with the leadership of the Fort Smith Public Schools, you should vote for Mr. Hanesworth,” Blaylock said. ‘If you are not satisfied, then I am your candidate. I am sure of one thing: if nothing changes, nothing will change. ‘

The early vote for the election starts on Tuesday.

• Hometown: Fort Smith; has lived in the school district for about 20 years