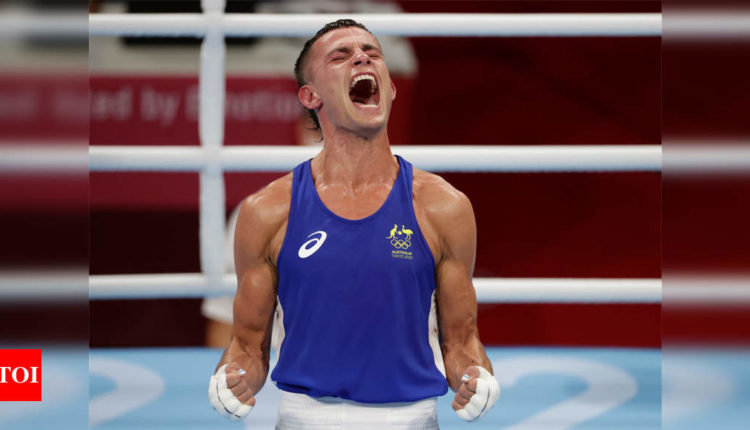 By SD News On Aug 3, 2021
Share
TOKYO: Harry Garside, a certified plumber who has incorporated ballet into his boxing, on Tuesday reached the semi-finals of the Tokyo Olympics, earning Australia’s first medal in the sport in 33 years.
The 24-year-old, who followed his brothers into boxing, defeated Kazakhstan’s Zakir Safiullin with a split points decision victory in their lightweight bout in Tokyo. He is now guaranteed at least bronze.
After controversies at the Rio 2016 Olympics, organisers changed the rules so that judges’ scorecards are displayed on big screens after each bout in the Japanese capital.
They showed that there was nothing between the two as they went into the third and final round at Kokugikan Arena, the spiritual home of Japan’s national sport, sumo.
But it was Garside, who has tried various unusual methods to improve his boxing, such as ballet, who squeezed into the last four.
He fights Cuba’s Andy Cruz in Friday’s semi-final.
Share FacebookTwitterGoogle+ReddItWhatsAppPinterestEmail

Hvac Estimating Software Market || How Market has behaved in Recent Years and What Will Be the Forthcoming Trends?, Key Players – FieldEdge, ServiceTitan, Housecall Pro.