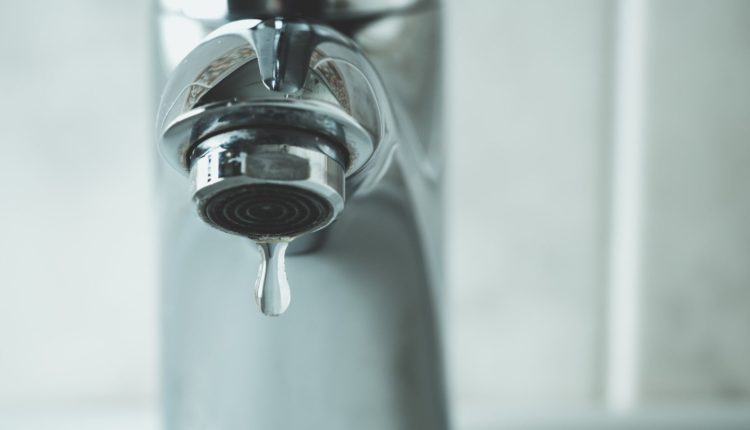 Last week, the Senate approved its bipartisan infrastructure deal. Much attention has been paid to the bill’s funding for things like bridges, highways, and public transportation — as well as Congressional Democrats’ much larger plans for a second bill.

However, flying under the radar is President Biden

Joe BidenUtah ‘eager’ to aid resettlement of Afghan refugees: Governor Pelosi urges moderate Democrats amid budgetary deadlock Democrat on Biden’s claim some Afghans didn’t want to leave sooner: ‘Utter BS’ MORE‘s commitment to replace all of the country’s lead and service lines in an effort to Flint, Michigan, water crisis repeating itself over and over. Biden initially wanted $45 billion for this, but that number has been reduced to $15 billion, half of which in the form of loans. It’s doubtful that this lower amount can get the job done; indeed, some cost estimates run as high as $60 billion.

Perhaps lead remediation is an issue that is best left to the local authorities. But if Congress decides to renegotiate this issue before sending the bill to the president, or if it considers taking action in the future, it needs to look at the issue more broadly. As I explain in a writing a letter for the Manhattan Institute, Congress is focused on water, ignoring that plumbing isn’t responsible for most Americans’ exposure to lead today.

First things first: lead is bad. Good studies show that it reduces teething problems, for example academic achievement and IQ and can reduce self-control, leading to future criminal acts. And while we’ve made huge strides in the fight against lead exposure, a small percentage of children in the country still have unacceptably high blood lead levels.

Experts unanimously agree that blood lead levels above 5 micrograms per deciliter (µg/dL) are harmful. Most are also concerned about lower levels – their chorus is that there is “no known safe level of lead” – although there is considerable uncertainty about when lead’s various effects may abate. A recent study suggested that “the relationship between early lead exposure and non-cognitive skills, crime, and high school completion becomes much weaker under certain thresholds,” specifically about 5 to 7 µg/dL, although there was no clear threshold for GPA at high school .

Fortunately, however, most American children (and adults) don’t have blood lead levels near the obviously problematic ones. The median level, according to data from the Center for Disease Control and Prevention, is less than 1 µg/dL. More than 19 out of 20 Americans have levels below 3 µg/dL. Yet hundreds of thousands of children have levels that are high by definition, and that should be our primary concern.

Water is part of this problem, especially for infants who drink formula mixed with tap water. But it’s not the dominant part. Old lead paint, which crumbles into toxic splinters and dust, as well as soil contaminated by the long-ago use of leaded gasoline, are undervalued factors.

A 2017 study by researchers at the Environmental Protection Agency (EPA), for example, estimated that the 10 percent of 1-year-olds most exposed to lead get only 7 percent of their exposure from water, with food contributing 16 percent and soil and dust a whopping 77 percent. For the most exposed babies in their first six months of life, 39 percent of lead exposure came from water and 52 percent from soil and dust.

The EPA painted a similar picture in a recent regulatory document discussing the revision of the Lead and Copper Rule, which defines how water systems should address lead problems.

The EPA estimates that drinking water can account for 20 percent or more of a person’s total exposure to lead. Infants who primarily consume formula mixed with tap water may receive 40 to 60 percent of their exposure to lead from the drinking water used in the bottle, depending on the level of lead in the system and other sources of lead in the home.

This should come as no surprise. The country has 6 to 10 million remaining lead service lines, but good “corrosion control” measures — which are already required but not always delivered — can largely prevent lead from leaching into water. Even the Flint water crisis itself, unforgivable as it was, caused nowhere near the increase in children’s blood lead levels that one would fear from the media coverage, according to two experts in toxicology and environmental health.

Removing lead pipes also poses huge logistical challenges. Many places don’t even know where all their lead service lines are – and some of this plumbing is considered private property.

In general, our efforts to remediate lead must extend beyond the removal and replacement of water pipes. Communities with leading problems need to find out where their problems lie and address them. And if Congress wants to provide more funding, lawmakers should avoid dictating that money should be spent on one specific source of exposure.

To be clear, the existence of lead pipes is indefensible. It’s a good thing we’re no longer installing them, and no one should be happy that when a city has lead pipes, it can be an onslaught of official incompetence away from toxic water. But let’s be honest about the other side of the equation too: Spending $15 billion won’t remove all of the plumbing with lead in America, and even if it could, most of the overall lead problem would still be there.

Robert VerBruggen is a fellow at the Manhattan Institute, where he writes on issues such as economic policy, public finance, health care, education, family policy, and public safety. He is a former deputy editor of National Review, editor-in-chief of The American Conservative, and editor of RealClearPolicy. Follow him on Twitter @RAVerBruggen.