The impact of policy changes on the U.S. energy transition

When Congress passed the Infrastructure Investment and Jobs Act (IIJA), also known as the Bipartisan Infrastructure Bill, last year, it set the stage for a very different future in terms of how the United States saw its responsibility for climate change. With historic investments in clean energy transmission, the first-ever network of electric vehicle (EV) chargers and internet for every citizen, this $1.2 trillion bill unlocked a nationwide upgrade like no other. 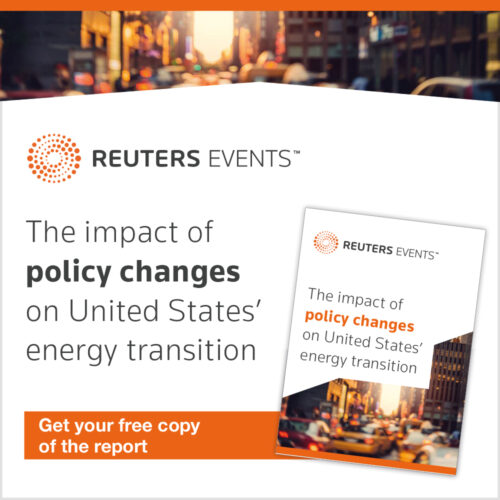 Get your free copy of the full report here!

Addressing climate-related problems includes improvements to roads and bridges, investment in public transport, the removal of all lead pipes, clean drinking water for all, the modernization of airports, ports and waterways – and more jobs. However, President Biden’s proposed $1.75 trillion Build Back Better (BBB) ​​bill for social spending and climate mitigation did not fare so well after it ground to a halt in the US Senate last November.

Negotiations continue and the president remains hopeful that it can become law, albeit with changes. “I’m confident we can sign pieces, big chunks, of the Build Back Better bill into law,” President Biden said in January.

While the debate on the impact of these hefty packages continues, this legislative impulse has put the energy transition at the heart of policy. With or without the Build Back Better Act, it has become apparent that there has been a sea change in the way government and industry approach clean energy issues, zero emissions policies, and decarbonization plans for the next 30 years and beyond.

What will be the consequences of these accounts for companies, with far-reaching consequences? And as the United States rebuilds and pushes for net zero, this paper looks at what the bills mean, their ripple effect, and how the industry should strategize. These issues and more will be discussed at Reuters Events’ Energy Transition North America. The Houston-based conference will bring together chief executives and changemakers from across the energy, industrial and government ecosystems to shed light on these defining issues.

With federal departments under arms to implement the IIJA, it’s now up to those at the state and provincial levels to keep the wheels spinning. This will unleash a much-needed spending wave. The American Society of Civil Engineers publishes an infrastructure report every four years and the latest, in 2021, rated the nation a C-.

So, who gets what from the legislation so far? The White House has laid out its numbers, and states receiving top funding include California, Texas and New York. Each will receive more than $25 billion. However, the greatest impact will be proportional in states like Alaska (with $6,700 in funding per capita), Wyoming ($4,400) and Montana and Vermont ($3,500 each).

Jerome Zeringue, chair of the credit committee, says the allocation timeline depends on many factors. “It all depends on where the project is, how advanced it is and when the money will be available,” he said last November. “But ideally, we can start some of these projects in the coming months.”

Get your free copy of the full report here!