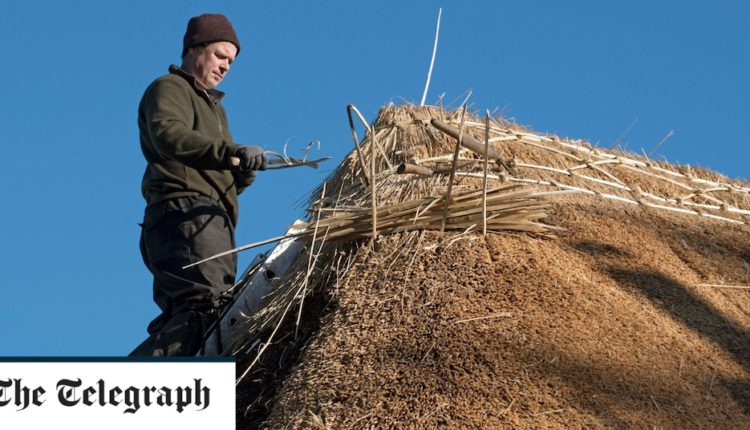 Thatched roofs could disappear in the next two decades due to a lack of farmers growing the right kind of straw, Historic England warned.

Two bad crops and a dwindling number of farmers growing long-stem winter wheat — the traditional material used for thatched roofs — had created a “perfect storm” of problems that could not be solved, the organization said.

Historic England encourages like-for-like reeds to ensure continuity, but lacks the authority to ensure the same traditional style and materials are used.

Alison Henry, Head of Building Conservation at Historic England, said: “If we don’t act quickly we might as well give up the fight and in 20 years we won’t have thatched houses to speak of.

“It’s not as easy as giving farmers a subsidy to grow thatched straw, because how do you make sure they produce good quality straw and how do you take care of storage when rural storage units are becoming more and more valued?”

Other problems faced by traditional cane production include reliance on outdated farm equipment last produced in the 1950s and the fact that rising real estate prices are pushing farm workers out of housing, land and storage.

Straw used for thatched roofs is much longer than the straw of modern wheat varieties. Farmers are often reluctant to grow it because the grain yield can be as much as a third lower. However, the National Thatching Straw Growers Association said it remained a profitable crop as input costs were much lower.

The association encourages farmers and steam engine enthusiasts, who have access to the necessary outdated binding and threshing equipment, to grow and process long-stem wheat to increase the supply for the thatching industry.

From the only girl in plumbing class to college estates boss