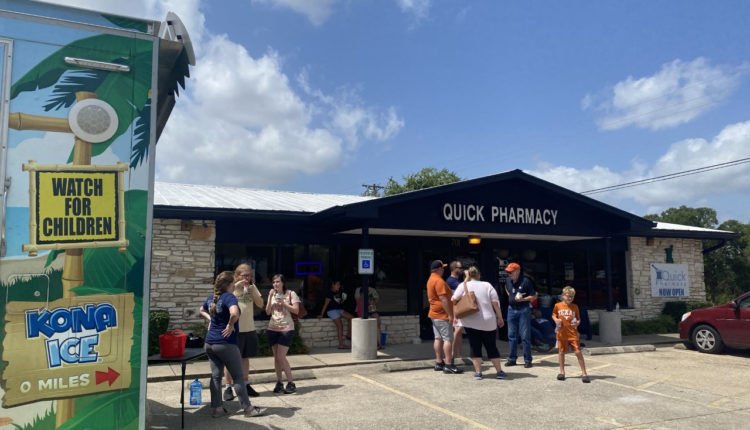 AUSTIN (KXAN) — On Saturday, a beloved local pharmacy was allowed to reopen its doors for the first time since the winter storm. Quick Pharmacy’s Round Rock location has been closed since a pipe burst, which destroyed the store and all of its inventory in February.

“It’s challenging to go off work for four and a half to five months,” said Amanda Bradley, owner of Quick Pharmacy. “It was a devastating flood, and it wasn’t just something we could patch up and move on.”

After a pipe burst in the ceiling, water flooded through the store.

“We were really back to the studs and the framework of the building,” she explained. “We lost about $250,000 on drugs and over-the-counter products. Luckily, insurance — we have insurance for a reason.”

However, not all homeowners are so lucky. While most companies have all-risk coverage to pay out large claims, many homeowners have a so-called risk policy. Those policies often have sub-limits, meaning they pay as little as $5,000 to $10,000 for storm repairs that cost a lot more, according to attorney Andrew Woellner.

Woellner is a partner in the Property-Loss Division at Potts Law Firm. He is currently working on approx 200 open cases from the winter storm.

He said many of his clients are not getting compensation for damages because of the wording in their policies.

“If the name isn’t on it, you’re not covered for it,” Woellner explained about the all-risk policies. “One that is always there is ‘explosion’ and a synonym for ‘burst’ is ‘explosion’. So if you have a pipe burst, you have a pipe explosion, and yet those claims are rejected on every listed risk policy I’ve seen.

Woellner is optimistic that judges will side with homeowners when those claims are brought to court.

He also fights many cases where customer sub-limits are much lower than the cost of damages incurred.

“Certainly, a catastrophe event like that brings a lot of claims, and there are only so many claims adjusters, and so if you put a lot on those claims adjusters, things are going to be missed,” Woellner said. “That happens a lot with hurricane claims. That happens a lot with massive hail events, that sort of thing that takes a lot of man hours and work that really puts a burden on those regulators. But the other thing is that insurance companies typically want to pay as little as possible.”

Woellner said all homeowners should read their policies carefully and know what is covered. He recommends anyone having trouble with a February storm insurance claim use an attorney or public expert.

The Texas Department of Insurance said more than 400,000 winter storm claims have been filed with the state’s largest insurers. TDI reminds policyholders that insurers must adhere to certain timelines for handling claims.

If you’re having trouble with a claim, you can: file a complaint online or call the TDI Helpline at (800) 252-3439 with insurance questions.

Some plumbing companies are still seeing problems from the winter storm

KXAN spoke to several plumbing companies in the Austin area. Most said they were finally overtaken by phone calls to repair broken pipes and other damage from the storm.

However, Radiant Plumbing and Air Conditioning now said the team is going back to some tasks it couldn’t complete because there was such a backlog for parts.

“The winter storms created a supply problem across the board, not just in the plumbing industry, but everywhere,” said Christopher Taylor, Radiant’s director of plumbing. “And then you mix that with the supply-demand constraints that COVID brought with it last year, and I think everyone in the trade is generally having a hard time getting parts, and the material is skyrocketing in prices.”

Taylor said his team is also starting to see some damage that homeowners are just now noticing, which could be a result of the freeze.

“It’s starting to creep into maybe 10% of the calls where there were issues that had nothing to do with the winter storm in the heat of the moment, but, you know, now, after doing some thoughtful diagnosis and searching home, logical how it all happened.”

Taylor said his team can now handle emergency calls at least the same day. He said that at one point after the winter storm, the company was fully booked for about three months.