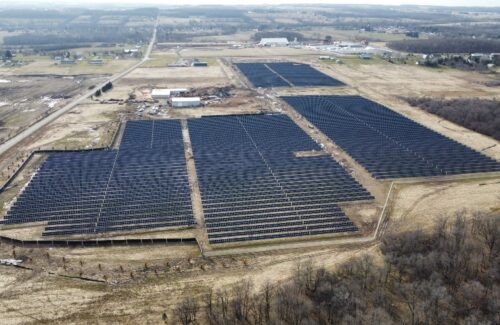 Standard Solar financed the construction and will own and operate the project on a long-term basis. SolarPark Energy developed the project and Catalyst Power Holdings manages subscriber acquisition and customer service for the project.

The single-axis tracker system is expected to produce approximately 10,794,000 kWh annually. The project is dedicated to the late Thomas Guzek, founder of SolarPark Energy.

“Tom, a New York native, was a tireless advocate of renewable energy for the state, and he worked relentlessly to bring the benefits of solar and clean energy to the community of York,” said Daryl Pilon, director of business development at Standard solar. “Working with Tom and Anne Cassidy to bring this project to a successful conclusion has been a truly rewarding experience. We are proud to honor Tom’s memory by dedicating this project to him.”

Anne Cassidy, managing partner at SolarPark Energy, added: “It warms my heart that this project is dedicated to Tommy. He has worked so hard on this and many other projects. His 2015 vision was to help slow global warming. He wanted to do everything he could to leave a better world for future generations. The driving force behind his vision was that everyone would have easy access to solar energy without solar panels, be it a business, people living in houses or even people renting apartments. He was so happy that this project would succeed.”

In March, New York officials announced that the state had reached the milestone of more than 1 GW of community solar generation capacity installed across the region. According to New York Governor Kathy Hochul, New York has the largest community solar pipeline under construction, with more than 700 projects pending.

The project has been completed and fully endorsed through Catalyst Power. The New York Community Solar Program offers residents and businesses the opportunity to save up to 10% on their energy bills while supporting local green energy development.

“Catalyst Power is committed to helping commercial and industrial companies access clean energy solutions that deliver savings,” said Gabe Philips, CEO of Catalyst Power. “The New York Community Solar Program is one of the fastest and easiest ways for businesses to save money while supporting the local community. We are delighted to partner with Standard Solar and SolarPark Energy to fully endorse the York community solar park.”