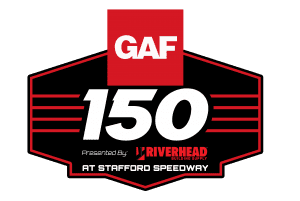 Patrick Emerling took home the checkered flag at his home circuit last week and will come in on Friday as the defending winner at Stafford, where he won the April 30 event earlier this year.

Stafford’s history is well documented. Built as a horse track in 1870, the half-mile dirt oval began hosting auto races after World War II and welcomed changes as early as 1952. The track was finally paved in 1967 and hosted weekly NASCAR-sanctioned races through 2020, including tour races since 1985. .

The late great Ted Christopher is listed as the all-time record holder for feature wins on the northeast Connecticut racetrack with a whopping 131 wins. Woody Pitkat, who is eighth in the competition this week, is second in Stafford with 78 feature wins, two of which were on the tour.

In addition to the usual suspects from the tour, Ryan Preece will join the series for the sixth time this season. Preece led 13 laps in April’s Spring Sizzler but finished 17th after contact between him and Ronnie Silk sent them and others spinning as they battled for the lead.

There are still tickets available with live streaming coverage available on NBC Sports Gold via TrackPass.

Patrick Emerling led 30 of the last 31 laps en route to victory at Lancaster Speedway last weekend and is locked in a close battle for the points with Justin Bonsignore, who finished second in a photo finish a week ago.

There are six races left before the 2021 modified champion is crowned, and the season finale takes place on September 25 in Stafford, putting even more emphasis on Friday night’s action.

In April, Matt Swanson led 84 of 130 laps of the rain-shortened 49th Annual Spring Sizzler, but was caught in a crash in Lap 111 that ended his night early. Emerling spun on lap 96 but found himself celebrating in the win lane with just seven laps ahead after slashing through the wreckage that took out Preece, Silk, Anthony Nocella and Justin Bonsignore. Under that yellow, Mother Nature canceled the last 20 laps.

Preece returns to the track with eight wins at Stafford to his name, his most recent coming in September 2018. In fact, Preece has won three of his last five entries at Stafford, a circuit just 45 minutes northeast of his hometown of Berlin. , Connecticut.

Silk has had three consecutive strong runs on the tour, but only two top fives to show for it. Last week in Lancaster, Silk had another top-five performance, but was caught up in the crash in Lap 141, knocking out eight cars, taking Silk to 12th place. Silk took home a Stafford win in September 2020 and has three career wins in the half mile.

Doug Coby returns to Stafford with a stellar resume and strong momentum, bringing the experience of 12 altered tour wins in 59 starts. Coby started from behind on Lancaster a week ago and had to change his gear shifter before he even took the green flag, putting him back two laps. He recovered to finish ninth, but two races in a row with mechanical issues – a failed engine at New Hampshire Motor Speedway on July 17 – coupled with a missed race in May, Coby’s chances of a seventh modified touring championship this season are almost certain. reduced.

Bonsignore, meanwhile, finds herself on a hot streak. The Holtsville, New York native has finished in the top three in six of eight races this year, including two consecutive second-place finishes. Locked in a close battle with Emerling for the championship, it’s clear that this battle could continue into September. But Bonsignore has yet to win at Stafford Motor Speedway but only came close to second place four times in 39 starts and most recently in 2019. The only other track on the tour where Bonsignore has so many starts is Thompson Speedway, a circuit where he has won 12 times and which is not on the 2021 calendar.

Other drivers on this week’s entry list include Chuck Hossfeld, who won in Stafford in 2008; 2017 winner Eric Goodale; 2018 winner Kyle Bonsignore; and 2019 winner Craig Lutz.

QUALIFYING: Two consecutive qualifying rounds. Faster lap determines qualifying position. No further modifications or repairs may be made to the vehicle after the vehicle has captured the green flag at the start-finish line. NASCAR reserves the right to enter more than one vehicle in qualifying runs at the same time.

The maximum available tire allocation for this event is as follows: The maximum tire allocation available for this event is eleven (11) tires per team. All tires used for qualifying and the race must be purchased at the track and scanned by Hoosier unless otherwise approved in advance by the Series Director. Four (4) tires must be used for qualifying and to start the race. All eligible tires must remain impounded until released by NASCAR officials. The remaining tire allocation can be used to practice and/or change tires during the event.

The rule for changing tires is four (4) tires, each position. To use the fourth (4th) tire change, the team must purchase a practice tire purchased from Stafford Motor Speedway and hand in by the conclusion of practice.

$400 Phil Kurze Halfway Leader Award presented by Josten’s prize per event to the race leader halfway through the event, regardless of whether the race runs under green or yellow.

$600 Hoosier Band “Lap Leader” award per event to the eligible car owner whose driver leads the most laps in each event. In the event of a tie, the prize will go to the car with the highest finish in the event.

$500 Hoosier Band “Hard Charger” prize per event to the highest-finished driver who advances the most positions over the course of the race. In the event of a tie, the driver with the highest finish will receive the prize.

$500 Hoosier Tire “Most Improved” prize per event to the eligible new team/organization whose driver improves the most positions during the race. In the event of a tie, the prize will go to the car with the highest finish in the event. If no money is awarded during this event, the money will be rolled over to the next event and will continue until an eligible new team/organization claims the money.

$1,000 Mayhew Tools Dominator Pole prize per event to the driver with the fastest qualifying time eligible to participate under the Manufacturer Prize Money Conditions.

The Whelen Non-Starter Award will be awarded to the first 15 entrants during the season who pass the inspection, practice, attempt to qualify but fail the main event.

Debunking the myths that keep landowners from supporting solar power

PCB-contaminated school prompts Vermont to test campuses throughout the state