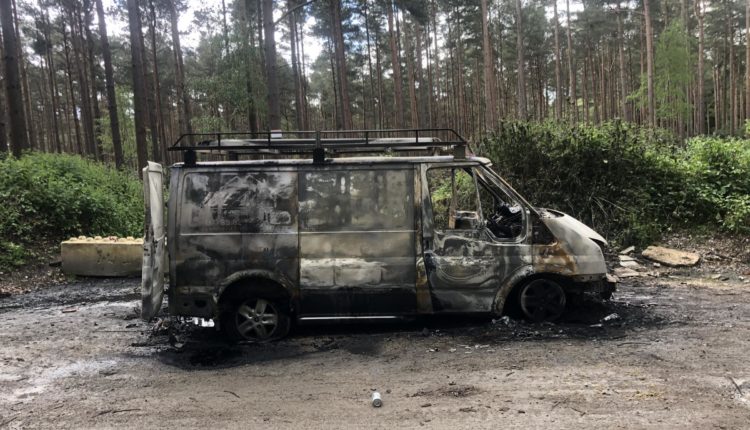 Southampton plumber’s van is stolen from outside is home

A COMMUNITY has come together to support a man from Southampton after his van was stolen last week.

Last Monday, a Ford Transit owned by plumber and carpenter Shaun Fitzgerald was stolen from outside his home in Orwell Close, Millbrook.

The van, which contained 30 years and £ 10,000 worth of tools, was later found Wednesday in Camberley, Surrey.

Shaun said that after hearing that his van had been found, he drove there to find that all his tools had disappeared, that the van had been stripped of all parts and set on fire.

Now forced to take a week off from work, he says he lost about £ 1,000 in business as a result.

Shaun, 50, owner of construction and renovation company IDEAL, said that while his business is still operating, the theft of his van made him consider closing it down.

He said, “The van was 10 years old and it was my pride and joy. It hit me a lot and I am quite a tough person.

I considered closing everything off. I thought, we’ve had some tough years with Covid and now this is happening. So I’m fighting my conscience here because I know I can’t because I have clients. ” The van, which Shaun said was a one-of-a-kind anniversary model, was insured and is now waiting for the claim to go through.

However, the tools were not covered, but now he said he had his courage lifted by friends, family and clients who came together to support him.

Shaun, who has three children, said his family has pledged to support him to buy more tools, with customers also saying they will contribute financially.

In addition, a GoFundMepage has now been set up by a family from the soccer team of Shaun’s daughter, Hamble Lionesses, which he has sponsored for the past two years.

“The gesture of all this was disturbing in a good way. People got together and they did this for me. They didn’t have to.

“I’ve been such an independent person for years, whatever it is, I’ll keep going. I don’t ask for help from people. This was heartbreaking. It’s just so much fun. ”

The fundraising page can be found here.