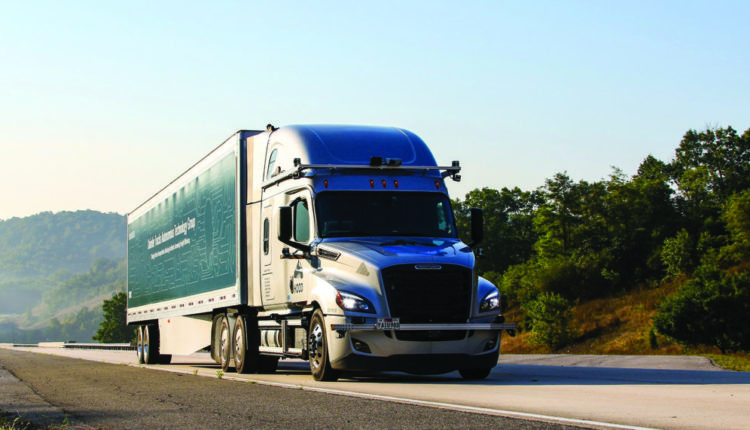 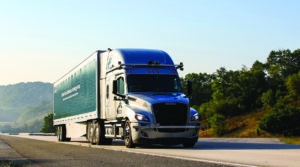 By Ken Ryan-Ccould the solution to the huge shortage of truck drivers be self-driving trucks? Some investors seem to think so, as they’ve poured $11 billion into autonomous truck startups over the past two and a half years, including more than $5 billion in the first five months of 2021, according to data and research firm PitchBook.

Traditional truck manufacturers and carriers are signing deals with technology companies, signaling optimism in the self-driving future. Observers say the pandemic has shown how important trucking and logistics are to the economy.

“This is a snowball effect that continues at a steady pace,” said Don Burnette, co-founder and CEO of Kodiak Robotics, a self-driving truck startup, which recently announced investments from BMW i Ventures and tire maker Bridgestone.

The makers of self-driving trucks focus on highways, which are generally wide and smooth, with a constant flow of traffic. They anticipate ramping up drivers at exits to handle the more challenging local streets.

The American Trucking Association said shippers paid $791 billion in 2019 to transport goods by truck. The makers of self-driving trucks say their technology will save shippers money. The Embark company said its self-driving technology, which it hopes to sell to fleet operators as a subscription, will save $0.80 per mile, cutting costs in half compared to human-powered trucks. Human drivers can continue to handle short-haul transport, the companies say, a more localized job that allows them to spend more time at home rather than on the road.

The Plus company, which is testing self-driving trucks in China and the US, said the first trucks will help human drivers do their jobs more safely and collect data as they work. By 2024, the company said it hopes to put that data to work when it pulls humans out of the car. The process will “take time,” said David Liu, founder and CEO.

Recent investor enthusiasm reflects the renewed importance of logistics amid pandemic-related disruptions, including port congestion and driver shortages that have led to shipping delays. “It’s the ‘Amazon effect,’ where everyone felt comfortable getting everything delivered at the click of a button,” said Jim Scheinman, managing partner of Maven Ventures, a start-up company that has invested in the start up Embark.

And yet there is still no real driverless truck – and there may never be. Trucking is one of the deadliest jobs in the US, according to the Labor Department. Because self-driving trucks are huge and go faster than cars on city streets, they need to be able to see further down the road – no small feat of engineering. So far, companies have provided limited demonstrations and pilots of their technology, but all have had safety drivers in the cab.