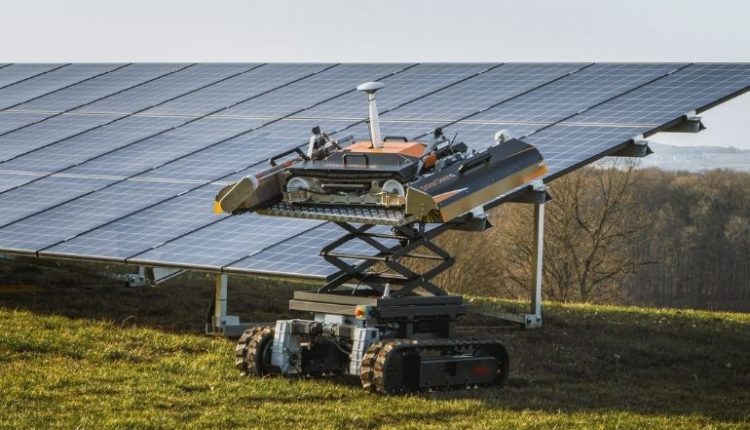 Solar panels can produce power for well over 25 years, but they need a good wash once in a while to keep energy output high. Site owners can now take advantage of several devices that make this job simpler, ranging from autonomous robots to set-it-and-forget-it sprinkler systems.

SolarCleano is a German company that makes autonomous and semi-autonomous solar panel cleaning robots. The company’s main offering is the SolarCleano F1, a robot that’s attached to a hose and then controlled with a remote. It’s battery-powered and comes with the option to add a wireless, LED camera for night navigation. To transport it to and from jobsites, the F1 can be disassembled into four parts and carried by one person.

For ease of movement through a large ground-mount site, the F1 can be combined with SolarCleano’s T1 transporter, which moves the cleaning robot from one panel row to the next. The transporter is also operated using a remote and is capable of tilting to accommodate different racking orientations.

SolarCleano recently announced two autonomous, dry-cleaning machines that work well in arid regions. These robots are equipped with GPS and can be programmed to work day or night. 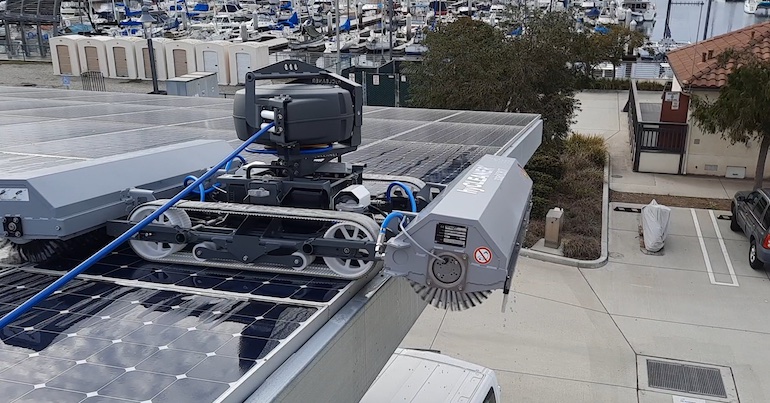 the hyCLEANER solarROBOT is an autonomous cleaning device that includes a lane-keeping system and speed control. After the solarROBOT is placed on a row of panels and attached to a hose, it drives along without falling thanks to a standard edge-detection system. That system is especially crucial for rooftop and carport installations. hyCLEANER also makes a similar but more economical cleaning robot that’s operated using a remote.

solarROBOT uses only water and brushes to clean panels, with no additional cleaning agents required. The company suggests a cleaning plan tailored to the specific site, with a general recommendation of three to four cleanings per year. 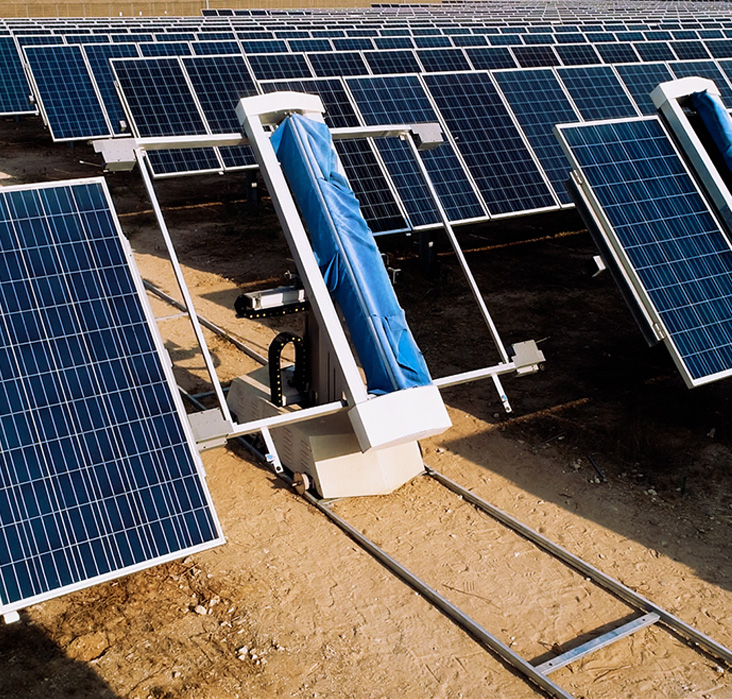 the air touch is a water-free cleaning device that uses an air blower and microfiber wipers to clean solar arrays. These robots are charged by a separate solar panel and connected to a proprietary cloud-based system that allows for remote monitoring and management of the fleet.

Airtouch devices are autonomous and come in two different configurations to serve either fixed-tilt or single-axis tracker projects. For fixed-tilt projects, one Airtouch device serves each row, with a docking station at the end. For tracking projects, Airtouch makes a transport vehicle that runs autonomously on a track to operate up to six robots with a cleaning capacity of 100 to 150 tracking rows per day.

Airtouch systems are designed to clean panels once a day or once every two days. The frequency is mean to prevent dust buildup and avoid the need for a soap-and-water solution. 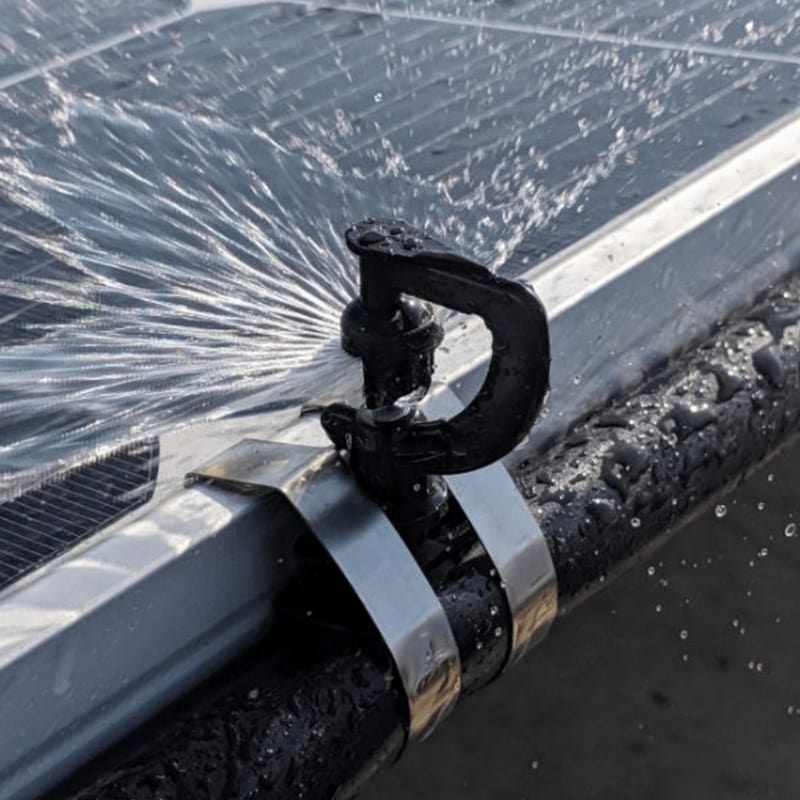 RST CleanTech offers a built-in solution to solar cleaning. The company’s NightWash product is similar to a permanent lawn-watering product — a hose system with sprinklers is clipped onto solar panels and can be deployed using an app.

NightWash uses low-pressure filtered water with no additional soap to clean the panels. The company says the non-scrubbing system keeps grime at bay due to the frequency of cleaning — it can be programmed to deploy in the middle of the night multiple times in one week, while other cleaning devices are sometimes used just once per quarter. The company says nighttime cleaning helps avoid thermal stress on the panels that could occur during daytime cleaning.