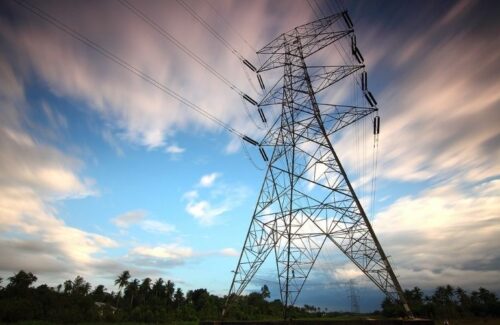 The Biden Administration has big plans for decarbonizing the US electric grid. Developers stand ready to deploy the massive amounts of solar needed to help reach the goal of 100% carbon-free electricity by 2035but one major issue is blocking their way — the archaic electrical grid isn’t equipped for a huge influx of distributed resources.

“Quarter after quarter, our industry continues to break records with respect to diversifying our fuel supply and allowing our country to be energy-independent through renewables, but, unfortunately, the regulatory process and framework has not caught up,” said Gizelle Wray, senior director of regulatory affairs and counsel at SEIA.

The electrical grid has historically been planned to accommodate large, centrally located fossil fuel plants. That energy is then delivered across transmission lines and stepped down in voltage at substations, then fed through distribution lines that deliver power into homes. Unlike traditional power plants, solar projects are smaller and more numerous and, when paired with storage, capable of both exporting and intaking power as needed. The bidirectional, distributed nature of solar power requires a fundamental shift in the grid’s design.

“A lot of people don’t realize how complicated it is, the electrical engineering that goes into the grid and the considerations that they have to take into account in order to tie these things all in,” said Ken Bean, project development consultant at Innovative Solar. “Frankly, people that think we’re going to be 100% solar in 20 years are dreaming.”

Renewables including solar, wind and other sources provided 81.07% of new domestic electrical generating capacity in 2021, according to the Sun Day Campaign. That came out to about 2,400 MW of new generating capacity each month of the year. But behind the scenes are exorbitant costs solar developers must incur to connect their projects to the grid.

Rhode Island-based Green Development doesn’t install arrays larger than 40 MW, which is where, in its past experience, projects crossed over into transmission territory and Federal Energy Regulatory Commission (FERC) jurisdiction. Even though the company’s projects are all technically small enough to interconnect to the distribution grid, they are now often required to complete studies to see how they might also impact the transmission grid.

“We are being forced through these transmission studies for our little projects, for our little local projects that benefit local nonprofits and cities and towns and universities,” said Hannah Morini, director of business development for Green Development.

The utilities say the regional transmission studies are needed since the local grid is experiencing a “congestion saturation of renewables,” so they must be prepared to export the power out of the area if needed, according to Morini.

“Even though our states are requiring us to have very aggressive renewable energy portfolios to get away from our dependence on fossil fuels, it’s too much renewable energy for our local infrastructure to handle,” she said.

Transmission studies add cost and time to the interconnection application process. While the normal timeline for a distribution grid impact study is about 90 days, a transmission study can take 18 months or more.

These transmission studies aren’t just for projects close to that 40-MW mark anymore. If Green Development is working on a 1-MW project, but there are other 1-MW projects seeking interconnection at the same point on the grid, the utility will treat the group as one project and trigger a transmission study.

“What’s happening now is there’s so much distributed generation on the distribution system that it’s back-feeding onto the transmission system and requiring the need for larger capacity transmission lines [and] new substations,” said Mike Judge, VP of strategic initiatives at the Coalition for Community Solar Access (CCSA).

FERC has recognized this comprehensive issue and announced an Advanced Notice of Proposed Rulemaking (ANOPR), inviting the public to comment on potential changes to improve transmission planning and cost allocation as the nation transitions to a cleaner energy future.

“As the generation fleet shifts at an unprecedented rate from resources located closer to population centers toward resources located far from load centers, we must evaluate whether our transmission planning and cost allocation and generator interconnection processes require a more innovative and anticipatory approach,” said FERC Chairman Rich Glick in a press release. “A piecemeal approach to expanding the transmission system is not going to get the job done. We must take steps today to build the transmission that tomorrow’s new generation resources will require.”

In FERC discussions, SEIA is pushing for transparency and efficiency measures in the transmission planning process with a cost-sharing solution for upgrades. To complement these efforts, Sen. Ed Markey (D-MA) has introduced the Connecting Hard-to-reach Areas with Renewably Generated Energy (CHARGE) Act, which aims to implement reforms through FERC with the goal of proactively planning and building a reliable and resilient energy grid that can send renewable, clean power across broad regions of the country.

Still, FERC is only one piece of the reform puzzle. Once projects are approved to interconnect by FERC, they still must then go through the appropriate state regulators.

“States and FERC and the federal government are going to need to continue to come to the table and discuss these issues, because they are complex and they’re interconnected and they cannot be unwound from each other,” Wray said.

CCSA believes the best path forward is for regulators and utilities to incorporate solar, storage, electric vehicles and other new technologies into the utility planning process, in the same way FERC is reassessing its grid planning.

“It’s a daunting task. Fifty states need to change the way that they go about planning the system, and you need to get all the utilities that are operating in those states to get on board with that too,” CCSA’s Judge said.

Although the solar industry has a vested interest in this reform in order to develop more projects, he said it’s much bigger than that. These changes are required to accomplish federal and state decarbonization goals.

“The regulatory compact that governs utilities has historically been focused on safety, reliability and affordability. I really think that it also needs to now include a fourth pillar, which is decarbonization,” he said.

Who pays for upgrades?

The studies and engineering alone for a typical distribution project can cost between $75,000 and $100,000, according to Green Development. After the study is complete, the utility will return with an estimated price — plus or minus 25% — to interconnect the project. Those costs often include building a new substation or feeder if the existing infrastructure isn’t capable of handling that power. Solar companies are generally agreeable to these requests.

“I think that’s fine if we are truly the ones responsible for necessitating the upgrades,” Morini said.

Sometimes there are astronomical additions to the developer’s costs, added long after the developer would’ve had a chance to include them in the offtaker’s PPA — or decide to cancel the project. 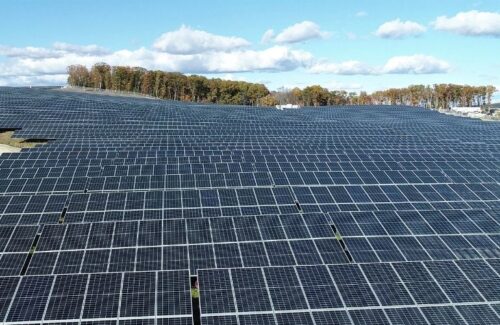 Green Development recently built a 38-MW project that required a new substation, but after solar construction had commenced, the utility notified the contractor that it would be responsible for $500,000 in facilities and maintenance fees for the substation — in perpetuity.

“We built a substation for this project, paid for it, turned it over to the utility and now they’re requiring us to pay for the maintenance of it as well. It’s really tough,” Morini said. “It makes thin margins even thinner.”

Again, Green Development doesn’t have a problem paying for appropriate upgrades when they’re necessary to bring more solar onto the grid. But Morini said the company does take issue for add-ons like lifetime O&M fees that ruin the economics of projects.

“I’m not saying the project shouldn’t pay for anything. The problem is that other things get tacked on to those upgrades. We’re constantly asked to pay for more infrastructure than our project needs,” she said. “Most grid improvements that you see happening now are because of these investments and local renewable energy projects. We’re truly strengthening and improving the reliability of our electric grid because of the massive investments made by these projects.”

Some states and utilities have recognized the public good of grid updates that enable more renewables and found innovative ways to finance and incentivize them.

The plan’s goal was to transport 18.5 GW of energy from new wind farms — and other distributed resources — sited in remote areas in West Texas into population centers like Dallas and Austin. The Public Utility Commission of Texas established a docket and received proposals from transmission service providers. Then, the utilities involved were able to integrate the costs of the project into the rate base.

Before the new lines, Texas’ grid operator, the Electric Reliability Council of Texas (ERCOT), had about 1.9 GW of wind installed. By 2017, the CREZ lines enabled a total of 11.6 GW of installed wind capacity with another 8.9 GW in the pipeline. Inovateus’s Bean sees this overhaul as a model for the rest of the country.

“Texas was easy because it was ERCOT, it was one state, the state PUC could authorize everybody to do this,” he said. “There’s a big gap between, ‘Let’s incrementally improve our transmission system to accommodate more renewable power,’ like the CREZ lines, vs., ‘Let’s totally change the way the electric power system works in the entire country.’”

Still, national grid reform isn’t unprecedented. Germany reached 50% clean energy generation in 2020, which was possible thanks to top-down grid expansion policies† The country is investing in new high-voltage transmission lines between northern and southern Germany, expected to be completed by 2024, to help meet the same goal the United States is reaching for — 100% renewable energy by 2035.

Clean energy generation in the United States reached 20% in 2021, but similar, large grid investments will be necessary to even come close to that 100% goal. The solar industry is standing by.

“There’s both the projects already there, ready to come online if we can unlock them, and then long-term, we could have a very sustaining and transparent and efficient process that will continually see gigawatts of renewables come online,” SEIA’s Wray said.