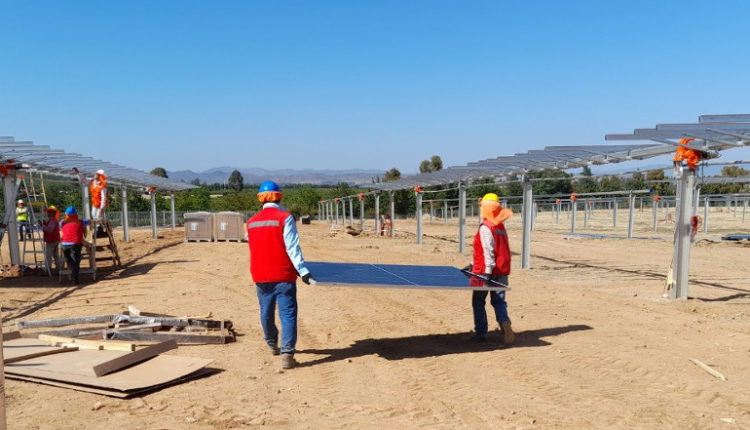 In late December 2021, President Joe Biden signed into law the Uyghur Forced Labor Prevention Act, which bans all imports from the Xinjiang Uyghur Autonomous Region of the People’s Republic of China unless suppliers can prove the products were not made with forced labor.

The US Department of Homeland Security (DHS), on behalf of the Forced Labor Enforcement Task Force, asked for public comments on how best to ensure goods from the region made with forced labor did not enter the American supply chain. Out of almost 200 commentsa handful of solar organizations provided input, including SEIA, the American Clean Power Association, Clean Energy Associates and US thin-film panel manufacturer First Solar.

Solar has a role in this legislation because likely half of the world’s polysilicon supply, the foundational building block of crystalline silicon solar panels, comes from the Xinjiang province. In June 2021, US Customs and Border Protection (CBP) released a Withhold Release Order (WRO) on silicon-based products made by Hoshine Silicon Industry Co., located in Xinjiang. Hoshine makes industrial silicon that other Chinese polysilicon firms source to make solar-grade polysilicon. The WRO banned any solar panel product containing Hoshine materials from entering the United States.

Chinese solar panel companies such as JinkoSolar, Canadian Solar, Trina Solar and LONGi did have materials detained under the WRO in spite of the companies claiming to not use forced labor and having material traceability guidelines as proof. The CBP released an updated WRO FAQ in November that said a solar company could lower its risk of exclusions under the Hoshine WRO if it sources polysilicon from outside of Xinjiang.

Still, it took over eight months for detained solar products to exit CBP hands. Industry analysts Roth Capital Partners stated in mid-February 2022 that hundreds of detained containers of LONGi solar modules (likely totaling 100 MW bound for the US utility-scale market) had finally been released by CBP, along with “the vast majority” of detained Trina Solar panels.

The guidelines established within the Uyghur Forced Labor Prevention Act should simplify this process.

First Solar said the best way to ensure goods made using forced labor do not enter the United States is to develop a robust domestic solar supply chain. Passing legislation like the Solar Energy Manufacturing for America Act would “secure a clean energy future without compromising America’s interests and principles.”

Within the next two months, DHS will have a public hearing regarding the comments collected on the Uyghur Forced Labor Prevention Act. The established guidelines should be presented by June 2022.

UFLPA is enforceable for eight years, or until the president declares that China has ended “mass internment, forced labor, and any other gross violations of human rights … in the Xinjiang Uyghur Autonomous Region.”

Hybrid, battery and PV inverters — what are their roles?