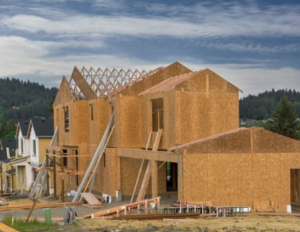 Washington DC – A newly released report from the National Association of Home Builders (NAHB) shows that single-family home production lagged in October due to impacts in the materials supply chain and ongoing labor and lot access issues. According to a report by the U.S. Department of Housing and Urban Development and the U.S. Census Bureau, the total number of homes decreased by 0.7% to a seasonally adjusted annual rate of 1.52 million units.

The October reading of 1.52 million starts is the number of home builders who would start if development continued at this pace over the next 12 months. Within this total number, the number of single-family homes decreased by 3.9% to a seasonally adjusted annual figure of 1.04 million, and an increase of 16.7% year-to-date. The multifamily sector, which includes condominiums and condominiums, grew 7.1% to 481,000 year-over-year units.

Due to impacts on the supply chain, 152,000 single-family homes have been authorized but construction has not started – that’s 43.4% more than a year ago.

“The rising number of homes that have been authorized but have not yet started construction is a strong reminder for policy makers to fix the supply chain so builders have access to a constant source of wood and other building materials to move projects forward,” says Chuck Fowke, president of the NAHB. .

NAHB statistics show that single-family permit data has been broadly flat since June on a seasonally adjusted basis due to higher development and construction costs. “Demand remains solid, but housing affordability is likely to decline in 2022 with rising interest rates,” said Robert Dietz, NAHB’s chief economist.