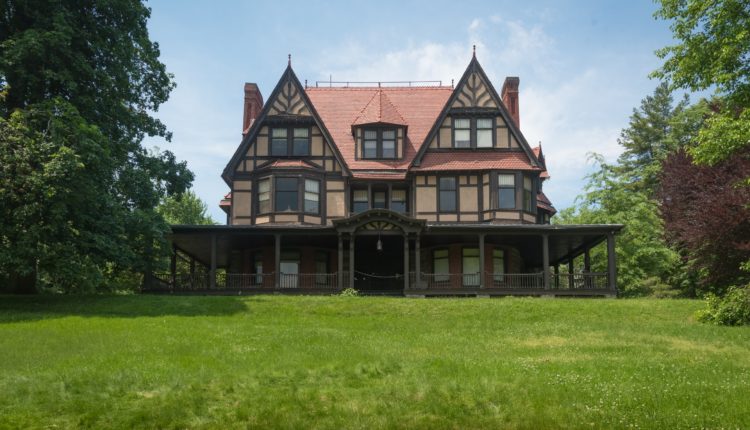 A Montclair family has purchased the Montclair History Center’s historic “Evergreens” Shultz home with plans to restore it.

Two years ago, History Center officials announced plans to remove the home at 30 North Mountain Ave. , saying they could no longer financially keep the three-story, 21-room house that the center has owned since 1997 and owns as a museum.

Shultz’s last remaining heir, Molly Shultz, donated the house and its contents to what was then the Montclair Historical Society. Molly Shultz was an active member of the association and lived in the house until her death.

The Queen Anne-style house was completed in 1896 for Charles S. Shultz, president of the Hoboken Bank for Savings. Surrounded by evergreen trees and overlooking New York City, the house still contains the original juxtaposed gas and electric lighting fixtures, a turn-of-the-century library complete with first edition microscopes and books, a carpentry workshop. and an electronics store that looks like a Victorian sci-fi movie, and a kitchen that has never been modernized, except for the “new” stove the Shultz women bought in the 1920s.

Shultz’s home and carriage house on two acres of land were listed last March for $ 1.45 million, later reduced to $ 1.25 million. History Center director Jane Eliasof did not want to disclose the names of the buyers or the sale price, only that the contract was signed on Monday, May 24.

“The new owners are excited about the opportunity to become stewards of the Shultz [house] and are just as committed to the history, architecture and preservation of the home as we are, ”said Eliasof.

In addition to protecting the home’s exterior through its listing in local, state, and federal historic records, the History Center, the buyers, and the New Jersey Historic Trust have agreed to easements that will provide the home and some interior features with an additional layer of protection in eternity. These include protecting the house from demolition, protecting the view of the house with no construction at the front, and maintaining the woodwork and surrounding fireplace on the first floor.

“The buyers are open to the easements,” said Eliasof.

While many of the Shultz family’s personal items will remain in the History Center’s collection, LaSalle Estate Solutions will be holding an estate sale for many of the home’s items this Thursday (for members of the Montclair History Center only), Friday and Saturday, May 27-30, at our home. Others is sold through Nye Auctions, starting with a live online auction on June 2 and 3.

Inhabited by three generations of the Shultz family, the house remained a time capsule of sorts after being left to the center by Molly Shultz. Over the years, staff have not disturbed most families’ belongings – books, furniture, magazines, notes – and left them where the family had. A note in the lunch box states that the person who has borrowed coffee filters must replace them; in the library, a microscope with a slide is waiting to be viewed; a saw sits next to a piece of wood in the woodworking shop; bars of soap and half-empty vaseline jars were found in the medicine cabinet; and family photos and letters are piled on Molly Schultz’s nightstand.

Molly Schultz did not impose any restrictions or conditions on the use or disposal of the home or its contents by the Montclair History Center. Any proceeds from the sale of the furniture would be spent on the maintenance of the museum collections.

Eliasof said escalating maintenance costs made the survival of property financially unsustainable and threatened the future of the entire nonprofit.

The home’s annual running costs averages $ 26,000. Since 2015, the center has spent $ 175,000 on maintenance and emergency repair costs for water and oil tanks, gas lines, and furnace and sidewalk replacement, with those repairs being anywhere from 25% to 40% of the Montclair History Center’s total annual operating budget. cost. about $ 200,000, Eliasof said.

The Shultz home also needs at least $ 1.5 million in emergency funding for roof repair or replacement, porch stabilization, and improved electricity and plumbing, she said. The plumbing has been shut down since 2014 due to leaks, Eliasof said. Although the house has four bathrooms, the only one working is in the coach house, which has been rented out as a residence for years.

Any items being disposed of will be done in accordance with the Montclair History Center’s collection policy and statutes, she said. Proceeds from the sale of items will be spent on preserving the collections and building on the Orange Road campus.

“We explored programming and fundraising ideas, and spoke with local, state, state and national government agencies, the National Park Service, the Smithsonian Institution, universities, other nonprofits, and museums to explore opportunities for partnerships to purchase. investigate, ”said Eliasof. “We had extensive discussions with more than a dozen interested parties – several individuals and respected design / development teams who shared preliminary concepts for adaptive reuse of the home and property.”

But in the end, the buyers got through, who wanted to bring it back to a home, respecting its history.

“The buyers are very interested in taking Shultz’s family history into their home, and they will also keep some items and furniture in the home,” said Eliasof.

The home will require plumbing and electrical and roof repairs before the new owners can move in, Eliasof said, adding that the buyers are interested in making the home accessible to the History Center for selected events or programs.

“I think Molly found the people she was looking for,” said Elizabeth Hynes, chairman of the Montclair History Center board of directors.