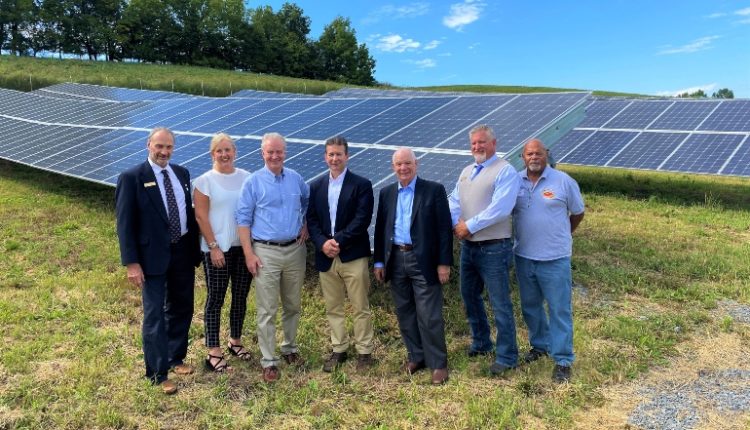 Commercial and Community Developer of Solar Energy Standard solar energy and the Association of Solar Energy Industries (SEIA) hosted US Senators Chris Van Hollen and Ben Cardin and other government and industry leaders for a site visit and tour of the Shepherds Mill Community Solar Project in Union Bridge, Maryland. 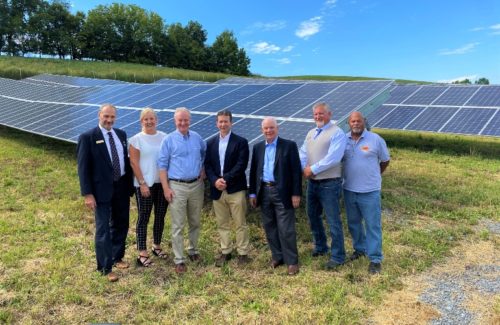 “Community solar projects such as Shepherds Mill, with their ability to impact significant segments of the population by creating jobs and lowering their carbon footprint, have become increasingly important over the years,” said Rick Berube, COO of Standard Solar. “At a time when our federal government is working to pass groundbreaking legislation that will strengthen solar policies and grow a clean energy economy, renewables that bring solar energy to people who otherwise wouldn’t have access to it are from vital importance.”

Standard Solar funded the community solar park and is the long-term owner and operator of the project. OGOS and Earth and Air Technologies developed it and its subscriptions are managed by Neighborhood Sun Benefit Company.

“We need even smarter and targeted investments in our infrastructure that address real needs and deliver broad benefits for our employees, businesses and the general public. Strategic development of solar electricity production can help meet electricity demand and combat climate change — a necessity that we must face immediately,” said Senator Cardin, chair of the Subcommittee on the Environment and Public Works for Transport. and Infrastructure. “I appreciated the opportunity to see the very latest technology at work at the Standard Solar facility in Union Bridge and applaud the company’s role in powering Maryland’s power grid and innovation economy.”

The Shepherds Mill Community Solar Project is a 2.8 MW ground-mounted solar panel with 7,182 solar panels on approximately 11 acres of land.

“Investing in renewable energies such as solar will not only help us face the threats of climate change, but will also create clean energy jobs and boost Maryland’s economy,” Senator Van Hollen said.

A number of renewable energy policy initiatives are being considered as part of the historic Build Back Better infrastructure package, such as expanded licensing financing, a long-term expansion of the solar ICC with an instant pay option, increased job training and investment in power grid modernization.

Shepherds Mill received grant from the Maryland Energy Administration’s FY20 Community Solar low-to-middle-income power purchase agreement Incentive Grant Program (LMI-PPA Program), designed to extend the benefits of community solar projects to members of the LMI community . LMI subscribers are guaranteed additional discounts on the community portion of their electricity bill. All other residential customers are guaranteed to save 10% per year by switching to communal solar energy.

“Because we advocate a transformative solar and climate policy in [D.C.], it is important that we be aware and build a clean energy economy that elevates every community with quality jobs, local investment and cleaner, more reliable electricity,” said Abigail Ross Hopper, president and CEO of SEIA). “The economic, health and resilience benefits of solar must be made accessible to all Americans, and we urge Congress to ensure this is done in infrastructure legislation.”