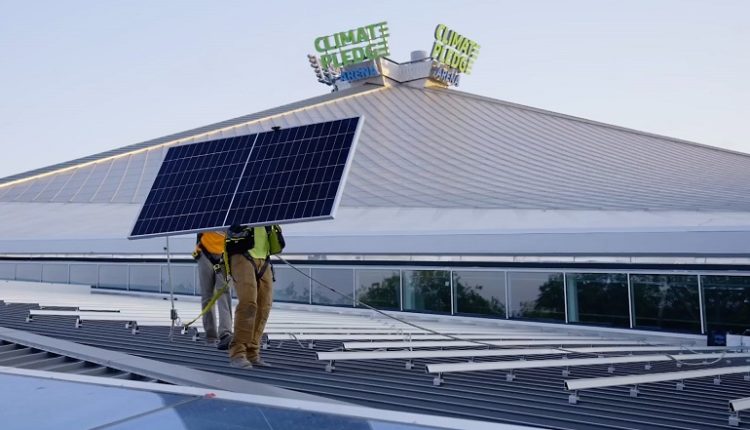 Home to the newest National Hockey League team has completed its 1.2 MW solar portfolio. The three solar projects for the Seattle Kraken in the aptly named Climate Pledge Arena were recently completed by: Unico Solar Investors, with assists from Excelsior Energy Capital and Monarch private capital. 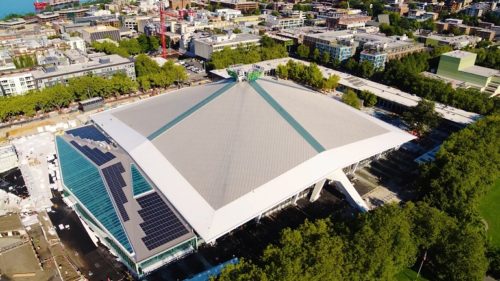 “Climate Pledge Arena is the new gold standard for sports and entertainment venues, exemplifying not only how adaptive reuse can work for large-scale redevelopment, but also showing how these energy-intensive buildings can be redesigned for a greener future and a healthier climate,” said Brett Phillips, Vice President of Unico Solar. “We are excited to be part of this project’s ambition to achieve net Zero Carbon certification and look forward to bringing solar power to arenas across the US”

CPA aims to be the first stadium in the world to be certified carbon neutral by the International Living Future Institute (ILFI). With space for 18,100 sports fans or concertgoers, the multi-purpose Climate Pledge Arena was redeveloped just in time for the Kraken’s first home game under its historic landmark roof designed by renowned architect Paul Thiry. Solar panels have been installed on Alaska Airlines’ new Atrium and First Avenue North parking lot, adjacent to the Kraken Training Center in Northgate, where the NHL’s 32nd franchise trains. 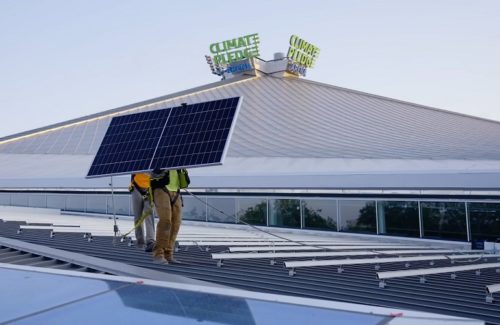 Together with external renewable energy, these solar panels help to produce enough energy to supply the arena with 100% renewable energy. As part of an overarching goal to be the most environmentally friendly sports and entertainment venue in the world, Climate Pledge Arena has also implemented water conservation measures and zero-waste goals, including eliminating single-use plastics from the arena by 2024.

“We knew our plans to create the world’s most sustainable arena were ambitious, but we also knew that with the right priorities and the best team, we could rise to the challenge,” said Rob Johnson, vice president of sustainability and transportation for the Kraken and Climate Pledge Arena. “Through our partnership with Unico Solar, we were able to create and execute a renewable energy plan that takes us an important step closer to achieving our goals.”

Climate Pledge Arena is home to the Kraken, the four-time WNBA World Champion Seattle Storm, and more than 80 live music and entertainment events throughout the year.