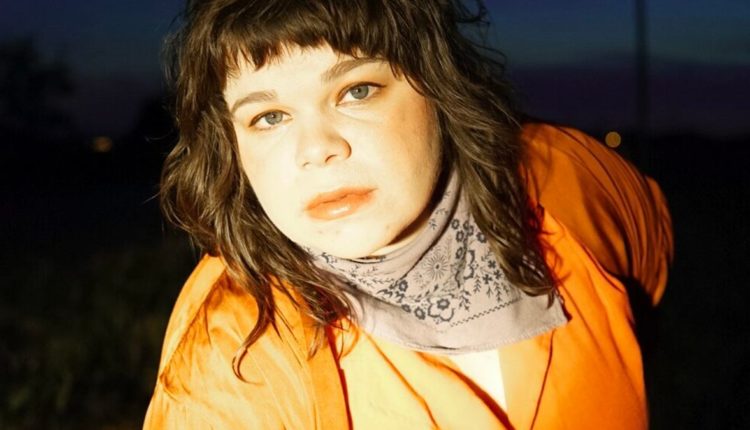 Native American singer, songwriter and activist Samantha Crain, who is Choctaw, has released an animated video for her Choctaw-language song “When We Remain”, from her acclaimed 2020 LP “A Small Death”.

The video was a collaboration with music discovery platform The Wild Honey Pie and the Safe Water For All initiative from sanitary ware manufacturer Kohler.

Directed and animated by Berlin artists Bela Unclecat and Yulia Drobova, the video aims to raise awareness of the challenges faced by many indigenous communities in gaining access to clean water. It starts with the sobering statistics that Native American households are 19 times more likely than white households to have no indoor plumbing.

“When We Remain” is on the sixth studio LP by the Normandy-based singer-songwriter, which she produced and recorded at her friend Brine Webb’s Lunar Manor Studios in Oklahoma City.

“I actually also did a song in Choctaw on my last record, and that’s more and more something that I wanted to do … It’s been a bit of a slow process for me, because you’re learning the language, but you’re also trying find out how to write songs in a language, ” Crain told The Oklahoman in a 2020 interview.

“There’s something really powerful about just the words being spoken that I really feel deeply. I think if it was spoken more and other people felt encouraged to write their new kind of traditional songs, then we could be a little bit to our present hardships and to our victories and survival as an enduring tribe of people. “

The film, which aired in Tulsa and surrounding communities last August, will be screened on Friday at 2pm, followed by a sold out Friday at 7pm. Additional screenings are available every day through June 3. Each screening features a special video introduction from producer, actor and writer Sam Ojo about his journey as a filmmaker and why it was important to him that “Alejandro” is made in Tulsa with local actors and crew.

“Alejandro” is set in Tulsa and is inspired by real-live events. It is a courtroom drama about Lucas (Ojo), a Nigerian-American lawyer. After a brief meeting with the daughter of Alejandro, a Mexican man wrongly accused of murder, Lucas interrupts the sentencing trial and convinces the judge to allow a retrial. As Lucas uncovers the facts of the case, he discovers that sometimes your only hope is a stranger.

For showtimes and tickets go to CircleCinema.org. For more information about the film go to AlejandroMovie.com.

Initially delayed by the COVID-19 pandemic, the Oklahoma City tour stop for the Irish dance spectacle “Riverdance” at the Civic Center Music Hall has been officially canceled, OKC Broadway has announced.

All ticket holders are advised to check their email for more information. For questions you can send an email to info@okcbroadway.com.

For more information go to www.okcbroadway.com.

In celebration of Asian American and Pacific Islander Heritage Month, the Oklahoma City Museum of Art is putting Chinese cinema in the spotlight this weekend.

The showcase continues with a new restoration of Hou Hsiao-hsien’s 1998 chamber drama “Flowers of Shanghai”, showing Friday at 8:00 pm and Sunday at 12:30 pm.

Jia Zhangke’s new documentary “Swimming Out Till the Sea Turns Blue”, which describes his literature festival in Shanxi, China, will be screened Saturday at 2pm.

For tickets and information go to https://www.okcmoa.com/films.

OKC Broadway – a partnership between the Nederlander Organization and the Civic Center Foundation – will present the 2021 Kelli O’Hara Awards during a virtual ceremony streamed Wednesday at 6pm at https://www.okcbroadway.com/kelliswatch.

The regional competition will select two central Oklahoma students to enter the National High School Musical Theater Awards. Also known as The Jimmy Awards, the national competition, held in New York every year, is scheduled for a virtual presentation on July 15.

In addition to selecting the two winners, the award committee will also honor the Best Musical, Best Ensemble and Spotlight awards, which will be presented to standout performers from each school.

While the winners will not travel to New York City this year, they will compete virtually with other high school students for a chance to win the illustrious Jimmy’s Best Actor and Best Actress awards.

These are the finalists for the Kelli O’Hara Awards:

The Jimmy Awards celebrate the brightest stars of high school musical theater from across the United States. In a typical year, regional winners are invited to New York for professional training and compete in a spectacular national awards program on a Broadway stage.

The Kelli O’Hara Awards are an officially recognized regional awards program of the Jimmy Awards and OKC Broadway is committed to continuing to recognize the exceptional talent of our local schools and participants through virtual awards this year.

For more information go to www.okcbroadway.com/kellis.