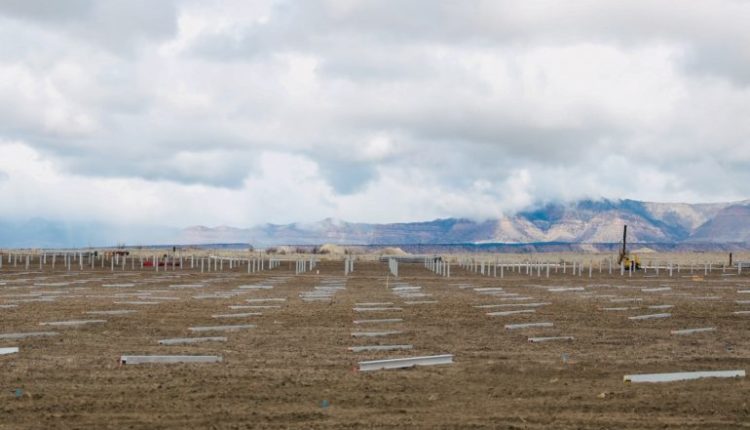 The Graphite Solar project has entered into a long-term power purchase agreement (PPA) on behalf of Facebook with investment-grade utility company PacifiCorp. The contract was developed under Rocky Mountain Power’s Schedule 34 green energy tariff, which allows major customers to purchase renewable energy generated on their behalf.

The project supports Facebook’s goal of 100% renewable energy for its operations and is expected to be commercialized in the fourth quarter of 2021.

“Major projects such as Graphite will increasingly be needed to meet the electricity needs of the technology economy and to provide carbon neutral alternatives to traditional energy sources,” said Charles Wheeler, CEO of Greenbacker. “We are delighted to play a role in the continued positive impact this sustainable infrastructure project will have on boosting local employment, supporting regional economies and creating more reliable electricity grids.”

Graphite is being built in Wellington, Utah, a town with several coal mines and a recently retired coal-fired power plant with a long history of generating power for the area. With the construction of this solar installation, the community is diversifying its contributions to the local energy infrastructure.

The rPlus Energies team was assisted in the groundbreaking move by Greenbacker and by Sundt Construction, who will serve as the engineering, procurement and construction (EPC) lead for the project and will include the installation of more than a quarter of a million solar panels. .

“RPlus Energies is proud to partner with Carbon County as it continues its legacy of energy development – enabling Graphite Solar to leverage the benefits of solar in the region for years to come,” said Luigi Resta, CEO of rPlus Energies. “We look forward to continuing to work with the Carbon County community through project constructions, with a focus on driving the economy and local recruitment.”

“It was great to see the Graphite Solar project bring the community together,” Carbon County Commissioner Tony Martines said at the groundbreaking ceremony. “With several local businesses playing a large role in this endeavor, the project has created new jobs and enabled our community to see energy in a new light.”

Greenbacker purchased the pre-operational solar project from rPlus Energies in December 2020 and contracted rPlus to further develop the project through construction.