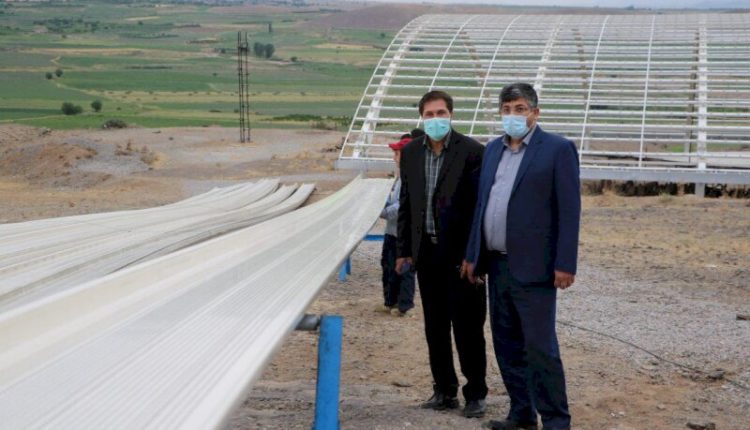 Roofing covers almost complete over ‘city of the mouthless’

TEHRAN – The project to install a range of custom-made roofing is nearing completion to help protect Shahr-e Yeri, a unique archaeological site in northwestern Iran, from further erosion.

The installation of shielding structures is part of a major project to protect the 400-hectare archaeological site, also known as the ‘city of the mouthless’, from harsh natural conditions.

Shahr-e Yeri is one of the earliest settlements in the country, located near the Pirazman village of Meshkin Shahr in the northwestern province of Ardebil. The archaeological site was inscribed on the list of national heritage in 1931.

“More than a decade has passed since the (last) archaeological exploration at Shahr-e Yeri, and unfortunately this is reminiscent of an 8,000-year-old civilization exposed to snow and rain… but this project of [installing] roofing, as well as related studies, were performed in less than two years,” CHTN quoted provincial tourism chief Nader Fallahi as saying on Saturday.

The site includes an Iron Age fortress, three prehistoric temples, and dozens of stones carved into bizarrely shaped mouthless faces. During its heyday, the bodies of the dead were buried with special ceremonies and rituals in accordance with religious beliefs… however, most of the graves were found without skeletons as a result of illegal excavations, according to the Circle of Ancient Iranian Studies.

More than 10,000 ancient petroglyphs and rock-cut art have been discovered in and near Meshkin Shahr in recent years. Some objects have depictions of people in archery, cavalry in rhythmic and magical themes. There are also petroglyphs depicting mountain goats, boat anchors, shootings and war scenes, and scenes of deer hunting in individual and collective forms.