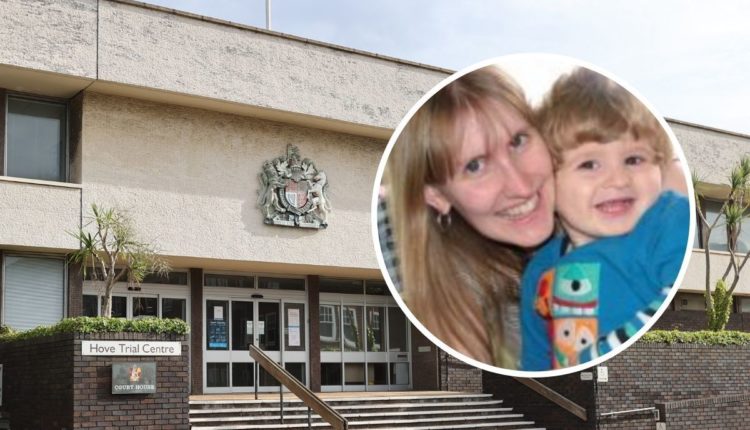 A ROOFING firm boss found guilty of the death of an employee on his site was previously responsible for the death of a young mother.

Simon Bigg was jailed for gross negligence over the death of Mark Willis at a job in Boundary Road, Hove.

The grandfather fell from the roof over a shop there and later died of his injuries, and Hove Crown Court heard safety steps such as scaffolding and edging boards being out of place.

Now, The Argus can reveal that Bigg has previously served time in prison for causing the death of a young mother by dangerous driving in May 2009.

Bigg was having a beer with a friend in Welling, South London, before getting behind the wheel of his silver Mercedes convertible.

After leaving the pub, the drunk driver took to the sidewalk and knocked over 30-year-old kindergarten teacher Claire Lane.

Mrs Lane was only 50 yards from her home in Wickham Street but died instantly on the spot, but Bigg fled the area before police arrived. At the time, Mrs Lane’s son, Adam, was just two years old, and her then-partner Danny Legg described the devastating impact of the accident from a collision at 5:30 p.m. on May 3, 2009.

He said his partner “didn’t stand a chance” and in a tribute to sister newspaper the News Shopper said: “I’ve spent the past two days sick and crying. I’m just so angry right now.

“I want the people who have done this to realize what they have done. She (Claire) is not only leaving me, her partner, but also our two-year-old son Adam.

“It’s just outside our flat, but I can’t even see where this happened. It’s a wreck. Claire just walked by. The car went up the sidewalk and destroyed everything in its path.”

“It could have been anyone, but they took my beautiful Claire.

“Nothing will ever bring Claire back, but I just want them to understand what they’ve done. I’ll never be the same. They destroyed my family forever.”

Details of the earlier conviction were revealed in Hove Crown Court by attorney Jacqueline Carey, who said Bigg was eventually jailed in December 2009.

Read more about this suspect:

Nine years later, Biggs’ “error of judgment” meant he didn’t think scaffolding or edging was needed to protect his friend Mark Willis, a former Royal Marine who had only three weeks’ experience on the job.

Bigg, of Denton Island, Newhaven, was sentenced to four and a half years in prison for destroying the lives of another family. The scene of the accident in Boundary Road, Hove

Willis’ son, Robert, said his father was “unparalleled” and said, “This is the most horrible thing I’ve ever had to endure.

“He was an incredibly likeable man with the ability to make people happy. He was a natural born leader and someone to enjoy good company with.

“To me he was more than just a father, he was my mentor, a listening ear and my best friend.”

He said Mr Willis’ death was a “horrific” blow to everyone in his family and said on the outcome of the case that he was “glad to see the end of this whole disastrous affair”.

But he also said it should have been clear to Bigg that the site was not secure. Willis’ own motto was “If a task is worth doing, it is worth doing well”. He wouldn’t have hesitated to make sure everything was safe himself.