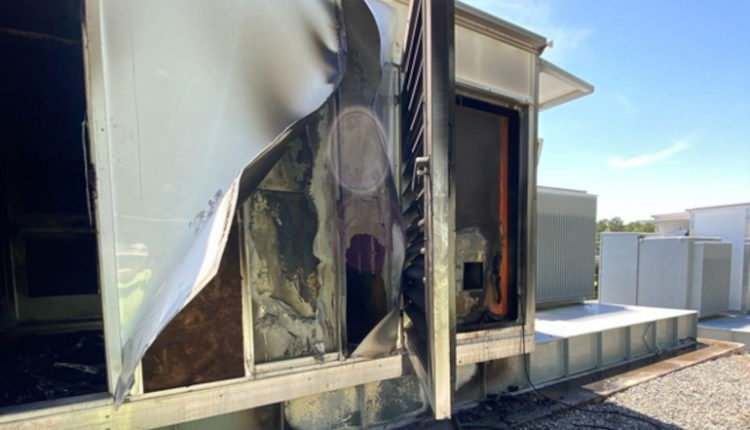 Repowering experts can quickly get damaged inverters back online

Power conversion systems, including inverters, are the engine at the core of every utility PV power plant. When those inverters fail, everything else comes to a screeching halt. Preparing for inevitable inverter failure is the best way to get power production back on track fast.

Central inverters are complex pieces of equipment with numerous interacting parts. Each inverter component has design margins and manufacturing tolerances that must be considered during operation. Outdoor solar installations subject inverters and their components to a wide array of stresses, such as: 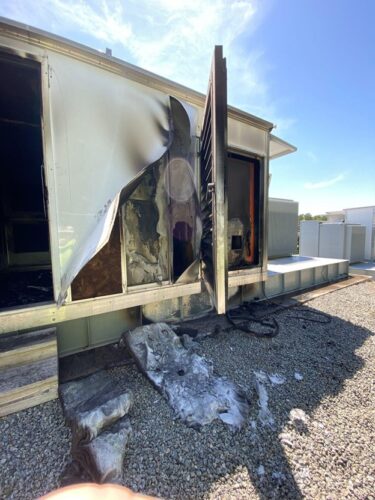 Inverter manufacturers conduct stress tests and design failure mode and effect analysis, or DFMEA, to anticipate failures and implement strategies to protect inverters before they fail. Most inverters monitor the internal temperature of critical components and reduce power or even shut down if the temperature reaches certain thresholds. Manufacturers test protective measures and design margins in heat chambers that expose inverters to extreme thermal conditions.

Nevertheless, it’s impossible to anticipate every possible variant of an inverter’s operating conditions. It can be difficult and costly to monitor all components and regions within a large central inverter over the course of its lifetime. Despite robust quality management systems, variations in manufacturing and assembly of the inverter are common. There can be impacts during shipping, installing, operating and maintaining the equipment.

Unseen damage or overstressed components from dirty air filters, operational degradation, connection torqueing issues, insufficient cooling, rainwater or any number of other conditions can cause uncontrolled short circuits. Short-circuiting can lead to component melting and burning, creating molten metal that can cause more short circuits elsewhere.

When that catastrophic failure does occur, the resulting damage can make it impossible to determine the root cause. In other words, an inverter failure may well be inevitable at some point. An asset owner’s response from the start may mean the difference between recovery and disaster.

When a catastrophic inverter fire took down all production at a 5-MW solar plant in Durham, North Carolina, in 2021, there was no way to know how or why the fire ignited. Although it was clear that the fire had started inside the inverter cabinets, the equipment inside both power conversion stations was so badly damaged that it was impossible to determine the root cause. 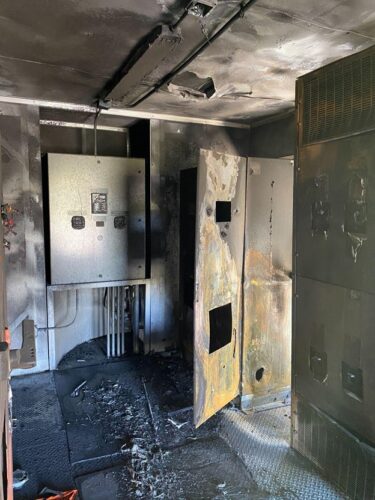 That wasn’t the only problem. Because the plant had been commissioned in 2014, much of the original equipment was no longer being made. The site had been designed around now-obsolete 1,000-VDC inverters; today’s plants are developed using 1,500-VDC systems.

Facing a lump-sum $1.9 million payout from their insurers, the asset owners needed a plan — and fast. Under the power purchase agreement with the local utility, there was a limited grace period allowed before production must be restored. If that deadline was missed, the PPA could be voided entirely.

While some contractors might quote a price at the outset and then modify it with change orders as issues stacked up, it made more sense in this unfortunate situation to seek an EPC with extensive experience in every aspect of solar plant disaster recovery that could take on the project for that lump sum fee.

As the repowering project started, the experts confirmed that the four 1-MW central inverters destroyed were no longer manufactured. Instead, a plan was made to reuse the existing skid base to consolidate the four old units into two new inverters with higher power density – reducing the project’s timeline and avoiding considerable construction costs.

That decision simplified the overall system design, minimizing the balance-of-system materials required and reducing the AC bus work and components needed, creating overall savings in installation costs. These savings offset the higher cost of manufacturing new 1,000-V inverters, which are no longer in production and require components and materials that aren’t readily available. 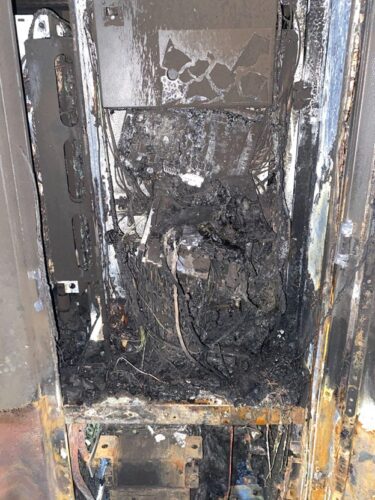 Because the plant had to be partially redesigned, both local regulators and the contracting utility required that the facility meet all new standards and codes. This meant registering entirely new permits, new testing and a new approval process as if the plant were being commissioned for the first time.

DEPCOM Power brought in its repowering experts to mitigate the damage fast. Leveraging its EPC and O&M capabilities allowed DEPCOM to efficiently complete the permitting process, engineer and design the restoration, source new equipment and remove damaged equipment. Timing was of the essence to complete the installation and fully test the new operation at the Durham site.

Ultimately, the team was able to bring the plant back online before the PPA grace period expired, preserving the contract. Because work was completed within the $1.9 million budget set by the insurance company, the asset owner had no out-of-pocket expense beyond paying the deductible.

Look for a one source solution

Before disaster strikes, look for a company that merges in-house EPC and O&M services with deep recovery expertise in salvage, deconstruction and reconstruction to streamline the restoration timeline, reduce complexity and limit revenue impact.

In some cases, inverter damage is not absolute, allowing for the possibility of repairing damage rather than replacing equipment. Look for an expert who also can repair and recertify inverters where possible through stepping into warranties and conducting repairs on behalf of OEMs.

A one-source solution for plant repowering can also address the factors that diminish a plant’s performance and slow its return to full-power production. Built-in recertification services can help restore confidence with cost-effective extended warranty and maintenance programs. Look for experts with established third-party alliances to refurbish, procure and maintain components at a significantly lower cost than OEMs.

The most bankable option will be a one-source solution with a comprehensive spectrum of solar power services, including EPC, O&M, repowering and energy storage. 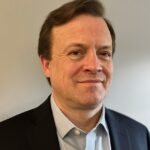 Ananda Hartzell is VP of business development at DEPCOM Power, a Koch Engineered Solutions company. He has over 20 years of experience in the photovoltaic industry in all aspects of engineering, product management and technical sales. DEPCOM Power brings over 4 GW of utility solar experience to repowering projects, combining EPC, O&M and energy storage services into one end-to-end solution.