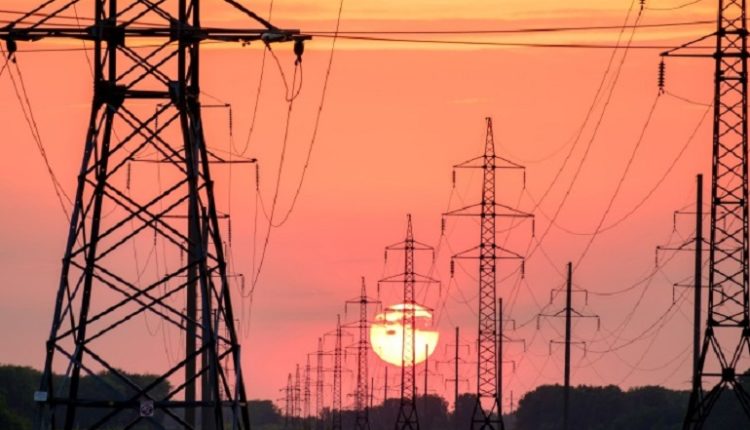 A new study from ICF Resources on behalf of the American Council on Renewable Energy (ACORE) released today on interconnection projects in the Midwest and Great Plains finds that wind and solar projects are being asked to pay for the entirety of upgrades to the transmission, even though the entire system benefits. 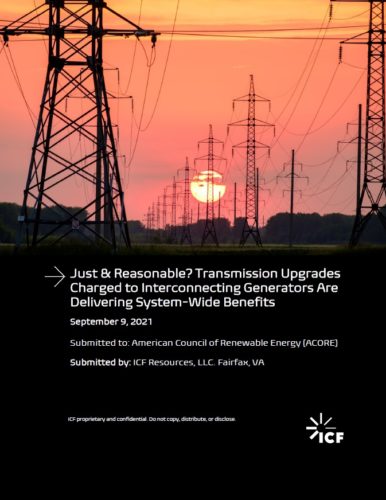 The analysis, “Just and Reasonable? Transmission Upgrades Charged to Interconnecting Generators Are Delivering System-Wide Benefits,” focused on a representative sample of network upgrades in the Midcontinent Independent System Operator (MISO) and Southwest Power Pool (SPP) regions. Even with conservative assumptions, the study found significant system-wide benefits in two-thirds of the upgrades evaluated, benefits that other users of the shared system are receiving at little to no cost. This result appears to violate current cost allocation principles.

“Regional power grids are like highway systems, moving power to where it’s needed and keeping electrons flowing to homes and businesses around the clock,” said ACORE President and CEO Gregory Wetstone. “Right now, new wind and solar projects are essentially asked to shoulder the financial burden of adding new lanes to that electron highway, lanes that benefit everyone. Such improvements should rightfully be addressed in long-term planning by grid operators like MISO and SPP, and the failure to do so means that the low-cost renewable resources we need to meet our climate goals are stuck in lengthy interconnection queues. This flawed approach to cost allocation of transmission network upgrades is killing otherwise cost-effective projects, which hurts consumers and jeopardizes our response to the climate crisis.”

“We need to plan the grid for the future, and upgrades to the transmission network identified in the generation interconnection process have been increasingly large and more expensive, making the current approach of assigning their costs to individual generation developers unreasonable and uneconomical,” said Heather Zichal, CEO of the American Clean Power Association. “This study makes it clear that these transmission upgrades provide substantial broad-based, regional economic benefits and that changes in regional transmission planning and cost allocation are needed to ensure their costs are spread to all beneficiaries. This will enable the grid to handle the rapid deployment of clean energy projects needed to meet our climate targets.”

The study, produced with support from the Macro Grid Initiative and in collaboration with American Clean Power Association, comes at a time when the Federal Energy Regulatory Commission (FERC) is considering whether to re-evaluate how regional transmission organizations such as MISO and SPP allocate costs for new projects trying to connect to the grid. ICF worked closely with staff in both regions in developing the assumptions and modeling used in the report.

According to FERC’s “beneficiary pays” principle, regional transmission organizations are required to ensure that transmission costs are assigned at least “roughly commensurate with estimated benefits.” Under current rules, new generators in MISO pay for 90% of the cost of significant upgrades (345 kilovolt and larger), while others on the system pay 10%. In SPP, new generation pays the total cost of any upgrades necessary to interconnect, and other users of the system receive the resulting benefits for free.

As wind and solar energy prices have continued to decline precipitously, and states and corporate buyers seek to meet their renewable standards and goals, renewable generation interconnection requests have risen exponentially in both MISO and SPP. There are currently over 150 GW of active solar, wind, and hybrid resources stuck in interconnection queues across both markets, all while the demand for renewable generation is expected to significantly grow in the coming years.