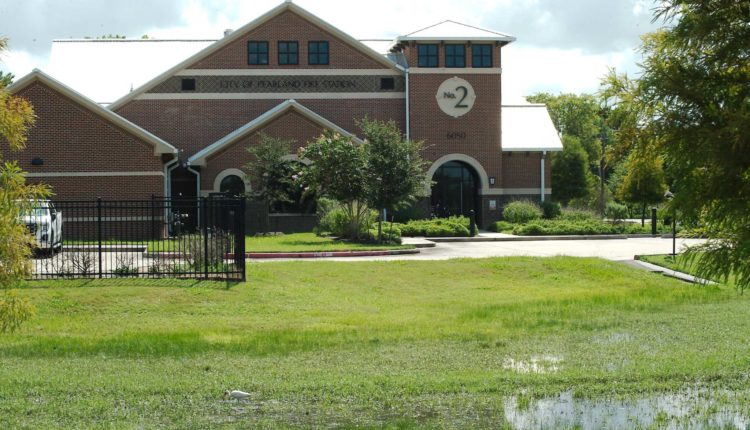 The deep ground for Pearland’s No. 2 Fire Station has shifted, and now the city expects to spend more than $700,000 to fix the resulting plumbing problems in the bathrooms and the associated problems under the driveway and front walkways.

The City Council recently began the process with the approval on Aug. 2 of an $81,400 design contract with Joiner Architects to assess the situation and recommend solutions.

Some councilors were visibly frustrated at the news of the upcoming repairs, especially as the building, at 6050 Fite Road, is only five years old.

“We spend millions of dollars on these buildings, and five years later we spend hundreds of thousands to address problems or fix things that appear to be design and construction flaws,” said Councilman J. David Little.

He wondered if the city has legal means to sue the builder, Crane Development or the design firm BRW.

In response, city manager Clay Pearson, backed by his deputy Trent Epperson and Pearland technical director Robert Upton, said the problem at this point does not seem to lie in how the fire station was planned or built, but rather in what they believe. that the bottom is shifting as it is affected by water seeping from a nearby detention pond.

They think that the water from the roof drains of the station does not drain out of the building.

Upton has made sure that the building itself has not shifted, but that the problem has occurred in the driveway and entrances and exits of the facility, causing sanitation problems in some of the station’s bathrooms. In addition, the soil problem and resulting elevated walkways prevent some public entry doors from working properly.

“This is not a front-end design issue; soil conditions were tested,” Pearson said.

Epperson said the city, along with forensic engineering firm Rimkus Consulting Group, reviewed the original geotechnical work and confirmed that what was reported in the original soil reports was consistent with what was observed recently.

“Everything is built in accordance with plans and specifications as developed with the geotech report,” Uptons said. “We believe we have done our due diligence.”

However, Upton assured the city that the investigation into the matter is ongoing and that if a problem or error with the original work is discovered, city officials will consult the legal team to investigate what story Pearland can take.

The Rimkus report found, in part, that “the station is experiencing a vertical rise in the subsurface soil, a potential condition identified in the original geotechnical report, but (which) may not have been fully addressed in the concrete pavement design, the subsurface and subsurface plumbing.”

“Conditions have caused driveways and walkways to rise nearly two inches and waste pipes under the building have been lifted five or more inches, pushing plumbing fixtures and drains above the finished floor into the building,” the report said.

Councilor Alex Kamkar called the situation an “expensive mistake” and urged city officials to review the process of choosing engineering and design firms, perhaps going so far as to say that the resulting reports, including geotechnical soil reports, are wrong and duplicated. to check before approving them.

“This feels like a casual mistake, and (at the end and extra money spent) we’re not getting more value out of (the fire station),” he said.