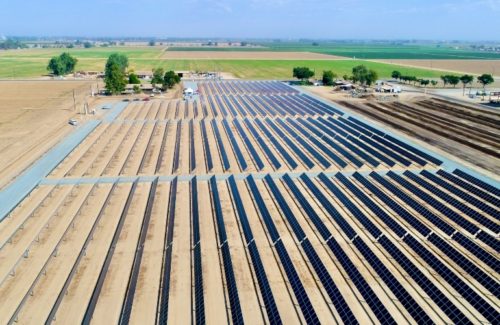 According to a SUN DAY campaign review of data recently released by the Federal Energy Regulatory Commission (FERC)renewables accounted for more than two-thirds of the new US power generation capacity added in the first six months of 2022.

New capacity reported in June alone includes the 200-MW Heartland Divide Wind II project in Iowa and the 145-MW Panorama Wind Farm in Colorado. New solar power is provided by the 250-MW Athos Solar Energy Project in California and the 149-MW Big River Solar Project in Illinois, as well as the 137.5-MW Nebula Solar Project and the 108-MW Emerald Grove Solar Project, both in Texas.

Perhaps even more dramatic are the trendlines indicated by FERC data for the next three years, through June 2025.

FERC reports that there may be as much as 192,507 MW of new solar capacity in the pipeline, with 66,315 MW classified as “highly probable” additions and no compensating “pensions”. The “high probability” additions alone would nearly double the current installed solar capacity of 74,530 MW, while successful completion of all projects in the pipeline would nearly quadruple it. Notably, FERC’s prediction predates Congressional approval of the Inflation Reduction Act, which could boost solar growth.

In addition, new wind capacity could total 70,393 MW by June 2025, with 17,383 MW being “highly likely” and only 158 MW of exits expected. The installed wind power could therefore grow by at least 12% and possibly much more.

“High probability” utility-scale solar and wind generation capacity additions combined, minus projected retirements, reflect an expected net increase of 83,540 MW over the next three years, or more than 2,300 MW per month. That figure does not include new distributed, small-scale solar capacity or additions by hydropower, geothermal and biomass.

If only FERC’s latest ‘high probability’ projections come true, renewables could grow from just over a quarter today to nearly a third (31.79%) of the country’s total available installed generation capacity by June 2025. Utility-scale solar and wind generation capacity would increase from 17.15% of current domestic capacity to 22.64% by mid-2025, with solar and wind accounting for 10.68% and 11.96% respectively, or almost a quarter (22.64%) together.

“With each new monthly “Infrastructure” report from FERC, the prospects for renewables, especially solar and wind, are improving, while those for natural gas, coal and nuclear continue to deteriorate,” noted the executive director of the SUN DAY Campaign, Ken Bossong, op. “By the end of this decade, the mix of renewables should make up the bulk of the country’s electrical generating capacity.”