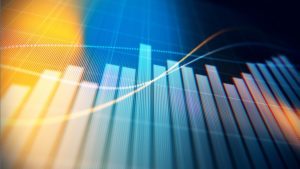 Washington, DC – The National Association of Home Builders (NAHB) has released its NAHB Royal Building Products Remodelers Market Index (RMI) for the second quarter, which is 87 – 14 points higher than in the second quarter of 2020. The finding is a signal of the confidence of home innovators in their markets for projects of all sizes.

“Remodelers in many parts of the country are experiencing very strong demand for their services,” said Steve Cunningham, NAHB remodelers chair, CAPS, CGP, a Williamsburg, Va., remodeler. “So far, remodelers have been able to accommodate the majority of customers, but as the backlog of projects in the pipeline grows, there is a tendency to take longer to start and complete.”

The RMI survey asks renovators to rate five components of the remodeling market as ‘good’, ‘fair’ or ‘poor’. Each question is measured on a scale from zero to 100, with an index above 50 indicating that a higher proportion views the conditions as good than bad.

The Current Conditions Index is an average of three of these components: the current market for major remodeling projects, medium-sized projects, and small projects. The Future Indicators Index is an average of the other two components: the current rate at which leads and applications are coming in and the current backlog of remodeling projects. The total RMI is calculated by taking the average of the Current Conditions Index and the Future Indicator Index. Any number above 50 indicates that more remodelers view the market conditions for remodeling as good than bad.

The Future Indicator Index averaged 83, up 13 points from the second quarter of 2020. Both components also increased: the current rate at which leads and inquiries are coming in rose nine points to 81 and the job-growth backlog. rose by 19 points to 86 .

“As the market tries to balance the number of households wanting homes and the number of homes available, home values ​​are rising, fueling the demand for remodeling,” said Robert Dietz, chief economist at NAHB. “This was enough to keep renovators optimistic, despite significant headwinds from labor and material shortages. And while prices for wood framing have eased somewhat, prices for other materials such as OSB remain significantly high – OSB has been down by a few since early 2020. increased more than 500%.

The RMI has been redesigned in 2020 to ease the burden on respondents and improve their ability to interpret and track industry trends. As a result, measurements cannot be compared from quarter to quarter until enough data is collected to adjust the series seasonally. To track quarterly trends, the redesigned RMI survey asks remodelers to compare market conditions to three months earlier, using a “better,” “about the same,” and “worse” scale. In the second quarter, 30% of respondents said the market is “better” and only 9% rated it as “worse” than the first quarter of 2021.

Sr. Babe Ruth Regionals: Roofers shut down at the plate in loss to NW Bandits | Baseball