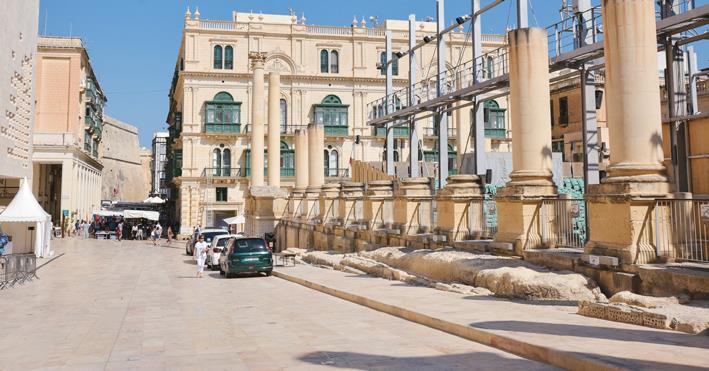 
A public inquiry into whether Valletta’s Royal Opera House should have a roof is expected to yield results in a few weeks, the Minister of National Heritage, the Arts and Local Government, said. The Malta Independent.

In 2019, ex-Treasury Secretary Edward Scicluna announced that a public consultation on the opera house’s roofing would be launched as part of the 2020 budget. The exercise never appears to have been launched publicly, but the government has continued the idea.

This newsroom asked Minister José Herrera where the consultation is currently taking place, to which he replied that a contract for the roofing of the opera house had been drawn up, but that there was “no survey of the population”.

Herrera said he read the report in October or November, and while it turned out to be helpful, the fact that it didn’t find the public’s wishes unsatisfactory was unsatisfactory. Another company, he said, was hired to work out a study that would consider the needs of the public.

“The survey is currently underway and hopefully in a few weeks’ time I will have the results, which I will then discuss in front of the cabinet,” he said.

The survey, he said, addresses three different options that reflect the different desires of the audience.

First, there is the roof covering of the theater, and restoring it to its former aesthetic.

Second, there is the idea of ​​a temporary roof covering, which provides shelter in winter and an open sky in summer.

Finally, there is the option of leaving the opera house as it is today, with its Renzo Piano-style open space. However, people who choose the latter option “would like to see an improvement in acoustics,” Herrera noted.

“Hopefully we will know where we stand in a few weeks,” he added.

This newsroom also asked Herrera about Deputy Prime Minister and Health Minister Chris Fearne’s recent announcement that the vaccine certificates will be used for cultural activities in July.

“As the Ministry of Culture, we are pushing for the certificates, but we still have to be careful,” he said. “The fact that we only have certificates is not enough to open everything.”

He said Malta’s control of the pandemic is encouraging and that the ministry is holding weekly internal meetings to assess the situation.

Nonetheless, he said it’s vital to consider health when discussing the reopening of cultural events.

“Gradually, but with great caution and of course with health priority, things are looking good and gradually the opening will begin,” he noted.