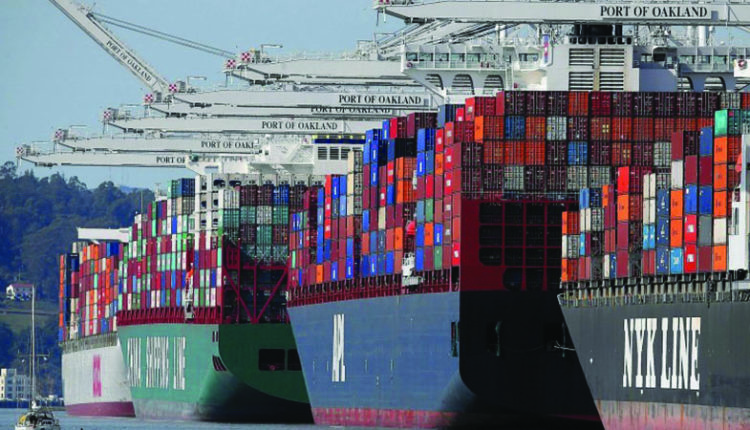 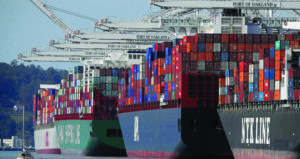 By Ken Ryan—lIn recent weeks, port congestion on the west coast has become national news as the holiday season approaches. Major retailers worry they won’t have any products on their shelves during the all-important fourth quarter.

But this sticking point is old news for the flooring industry, which has been taking it seriously since the start of the COVID-19 pandemic. And it has only gotten worse. According to the Southern California Marine Exchange, which estimates there are 100 ships waiting to dock and unload, the large backlog of container ships in the ports of Los Angeles and Long Beach is the worst on record. To put that into context, there would typically be fewer than 20 ships at anchor in pre-pandemic times.

According to the Southern California Marine Exchange, the more ships wait offshore, the bigger the queue and the longer it takes for a ship to get a berth. In September, the average wait time to land a berth in Los Angeles (30-day moving average) rose to a record high of nine days. That in turn slows down the input. In August 2020, with import demand soaring after the lockdown, there were almost no ships anchored off Southern California. Last August, an average of 36 ships a day were at anchor, according to Marine Exchange data.

Floor distributors say they already expect the backlog to continue well into 2022 and beyond. “The backup is so big and so staggering that I would normally say things will catch up in three to six months,” said Jeff Striegel, president of Elias-Wilf, Owings Mills, Md. “The problem is, just as they are starting to catch up, Chinese New Year is coming (February 1) and the factories in China are closing.”

The problem is of course not only in the ports. Once the container ships are unloaded, it becomes a logistical problem as there is a shortage of both trucks and drivers. Given this scenario, distributors immediately recognize that the supply chain problems (longer sea travel times, freight costs and congestion at ports) are likely to persist into the second half of 2022, possibly 2023.

The only solution, they say, is to rely on your suppliers and have as much inventory on hand as possible.

As floor managers know all too well, container shipping rates from China to the US continue to climb, to over $20,000 per container, compared to just $4,000 a year ago. Rising prices threaten a global economy already struggling with the effects of the COVID-19 pandemic.

Rising costs, as documented by freight tracking company Freightos, along with chronic delays, could lead to a surge in consumer prices.

China’s shipping capacity was also disrupted after the Meishan terminal in the world’s third-largest port, Ningbo-Zhoushan, was closed for two weeks following a COVID-19 outbreak. The world’s ports and shipping routes are also plagued by bottlenecks, with hundreds of container ships waiting in front of ports worldwide, not just on the west coast.

“These factors have turned global container shipping into a highly disrupted, under-supplied seller’s market, where shipping lines can charge four to ten times the normal price,” said Philip Damas, managing director at Drewry, a maritime consultancy. “We haven’t seen this in shipping for over 30 years.”

Damas added that he expects the “extreme tariffs” to last until Chinese New Year in 2022.

The rate hike is the latest reflection of disruptions since COVID-19 crippled the global economy in 2020 and caused massive changes in the flow of goods and healthcare equipment around the world.

“Every time you think you’ve reached an equilibrium, something happens that allows shipping companies to raise the price,” said Jason Chiang, director of Ocean Shipping Consultants. “There are new orders for shipping capacity, but they won’t be online until 2023, so we won’t see a serious increase in supply over the next two years.”