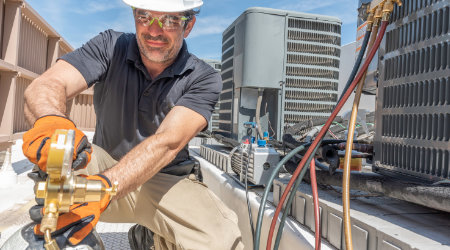 As temperatures rise to record highs across the country, fears of the impact of climate change are mounting, and the Delta coronavirus variant threatens the population, say nearly half of K-12 educators surveyed in a recent survey of the EdWeek Research Center school buildings, according to GovTech.

Less than 20 percent of teachers, principals and district leaders describe the condition of school buildings in their district as excellent. Thousands of school districts face a wide variety of infrastructure deficiencies: leaking roofs, deteriorating plumbing, poor ventilation and overcrowding. Five percent of teachers, district leaders and principals say school buildings in their district are in poor condition, and another 28 percent say their buildings are fair. The remaining 51 percent said their buildings are in good condition.

Thirty-one percent of directors and district leaders said leaking or old roofs are an urgent concern. Twenty-nine percent said the same about the poor condition of floors and 28 percent pointed to poor ventilation.