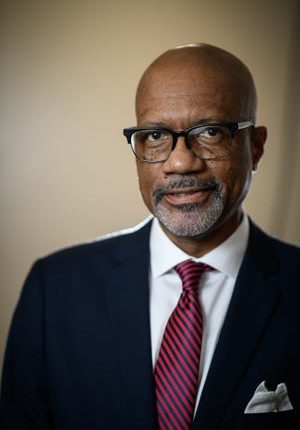 Politicians overemphasize race; the rest of us don’t have to

America will never solve its racial problem by relying on politicians for the solutions. Democrats and Republicans are both equal dividers.

The race pot is sure to be stirred at least a few times each election cycle. Most partisan elected leaders do what is in the best interests of their personal or preferred party. They play on emotions and fear and it’s a sad story, but that’s the way things are.

For a short period of my 66th birthday, in the early 1970s, I felt that America was making progress on race. Legal segregation was banned and African Americans were accepted at Harvard, Yale, Princeton and other prestigious white higher education institutions.

Even Hollywood portrayed blacks as anyone other than domestic workers, drug dealers, and pimps. Growing up in the rural South during the Jim Crow era was tough. I know because I’ve lived it. The face of racism in the South, then and now, is different from what is happening in the North.

Lake:‘Systemic racism’: does it actually exist?

Above the Mason-Dixon line, whites isolate themselves in neighborhoods of blacks, huddled in ghettos in America’s most devastated urban areas. A 2018 study by Indiana University sociologist Samuel H. Kye titled “The Persistence of White Flight in Middle-Class Suburbia” proved what some of us have always known: White people generally don’t like being in to live near minorities. They call it white flight.

In the segregated South, black tenant farmers usually lived within sight of the homes of white landowners. It’s hard to imagine that two worlds within a screaming distance of each other could be so radically different. While whites lived in nice houses, mostly brick, blacks lived in shacks without indoor plumbing and outbuildings for toilets. If a black family was lucky enough to rent a house previously occupied by whites and had plumbing inside, whites would remove the bathroom so they would have to use outdoor toilets.

I spent my first 14 years in a segregated society. In the fall of 1969, when North Carolina was forced to integrate all of its schools, I first shared a classroom with white students as a high school freshman. We went to school together, but that was about all the social interaction we had – except during the summer when we worked the tobacco fields.

If you were poor and couldn’t afford to study, like me, your options were limited. You stayed on the farm and worked, got a factory job or joined the army. At age 17, after graduating from high school, I chose the latter and joined the Air Force in hopes of escaping poverty. That’s the Jim Crow I remember.

I hear more about racism now than I did then — and in a disturbing context that suggests that racism keeps blacks from achieving anything worthwhile. When I moved to Fayetteville in 1977 after completing my Air Force draft, there were very few black elected officials in Cumberland County.

Fast forward to the present – we now have a super-majority African American city council of Fayetteville and the city’s second black mayor. The majority of Cumberland County’s district judges are black. African Americans make up the majority on the Cumberland County Board of Commissioners, and we have a black sheriff and clerk of the Superior Court. That’s just the elected officials; there are many other blacks in appointed positions.

With all of the above, why do we let politicians distract us with too much emphasis on racism? I’m not denying its existence, but I wonder if things really are as bad as politicians portray them to be. I think we have made significant progress.

My story isn’t unique or extraordinary: My parents didn’t make it past fourth grade, but I’m a college graduate and my only child is a veterinary oncologist. Most of my black colleagues and their children have similar stories. Why? Because we never learned to believe we were victims.

For me it’s simple. Is racism a speed bump or a roadblock? The decision is yours.

Troy Williams serves on the Fayetteville Observer Community Advisory Board. He is a legal analyst and criminal investigator. He can be reached at talk2troywilliams@yahoo.com.

Support local journalism with a subscription to The Fayetteville Observer. Click the ‘subscribe’ link at the top of this article.

Ask Dirk: Am I getting the most from my air conditioner?