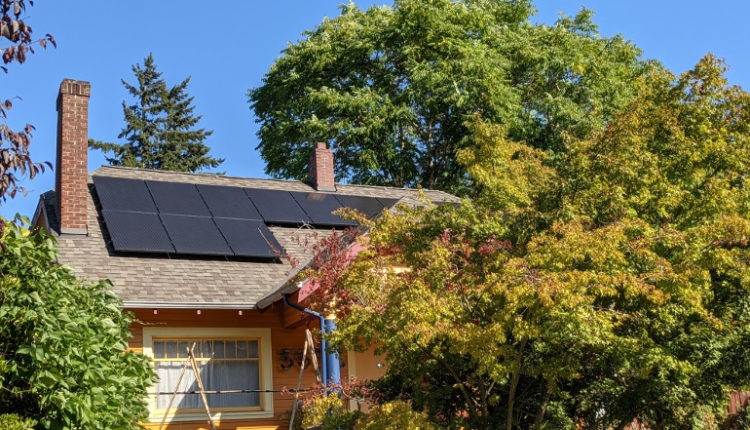 Policy carveouts give low-income solar adoption a boost in Oregon

Oregon has been fairly progressive in tackling climate change. This year, it became the eighth state to commit to 100% clean or renewable electricity. Oregon sets 2040 as the deadline for this transition, joining New York for the fastest timeline to 100% carbon-free energy in the country.

While utility-scale renewables will undoubtedly contribute most of this new power supply, the state recognizes the benefits of solar and storage adoption for all and has included specific project discount exemptions for low- and middle-income (LMI) utility companies in recent legislation.

“Historically, the solar industry hasn’t targeted the low-income payers, and that’s a shame. Those people have less ability to pay the initial solar costs, but could really benefit from the savings on the bill,” said Angela Crowley-Koch, executive director of the Oregon Solar + Storage Industries Association (OSSIA).” Programs that specifically target benefits for low-income payers are really needed.”

Oregon has passed at least two House bills in 2021 encouraging small-scale adoption of solar and storage, with additional focus on LMI customers. HB 5006, the state’s omnibus spending bill, allocates $10 million to the Oregon Dept. of Energy (ODOE) for solar and storage discounts – a 500% increase on discounts granted just two years earlier. And HB 3141 increases available funding to the nonprofit Energy Trust of Oregon to support small-scale solar and other renewable energy systems. Both accounts reserved 25% of the funding to serve LMI customers.

The state is not only pushing for a progressive carbon reduction agenda, but also making sure that everyone has access to the benefits.

The inclusion of new discounts in Oregon’s spending account was a group effort. The state had previously offered some residential energy tax breaks, but most of the incentives before this year came from a $2 million rebate program through the ODOE. 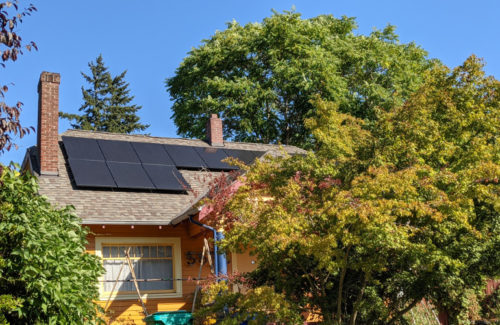 A Residential Installation in Oregon by Imagine Energy

“We ran out of money quickly,” Crowley-Koch said. “So this last session, we’ve asked the legislature for more funding for the rebate program and we’ve received $10 million through the Department of Energy.”

While OSSIA and other energy groups patted themselves on the back for the significant increase in discounts, most of that money can likely be attributed to COVID-19. After Congress passed its COVID relief bill, Crowley-Koch said it gave the state legislature some wiggle room on Oregon’s budget.

“The COVID aid money went into things like schools and health care and just eased some of the pressure on other funds the legislature had,” she said. “Clean energy is a priority not only for greenhouse gas reduction, but also for the economic development and support of small Oregon solar companies and job creation.”

Regardless of how the money came about, this new two-year program is handing out $10 million in two release dates, with 25% reserved for LMI customers. Traditional residential customers can get up to 40% off solar and/or storage, while LMI customers have access to a 60% discount. Low-income service providers, such as owners of affordable multi-family homes and assisted living centers, may also receive discounts for larger solar and storage systems. 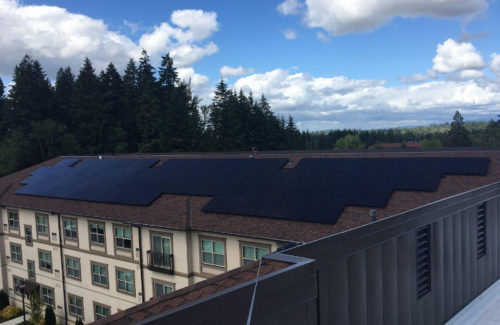 A Multi-Family Home Installation in Oregon by Imagine Energy

“We promoted the inclusion of storage in the discount. We’ve seen the demand for storage grow exponentially in Oregon,” she said. “In the past year, we’ve had two pretty serious blackouts. We had major wildfires on Labor Day 2020, and there were intense blackouts across the state. Last winter had we had severe ice storms, and I think that was the biggest power outage Portland General Electric has ever had in their history. More people are interested in storage as a way to protect themselves and their families in the event of a power outage.”

OSSIA found that while the initial $2 million rebate program had a 25% split for LMI payers, more than $1 million actually went to LMI customers.

“The program was very successful and very popular,” she said. “Half of the money went to low- and middle-income households or low-income service providers, which is more than we thought possible.”

Another $5 million spent on solar and storage discounts to LMI customers over the next two years could make a big difference in the fight for equal access to clean energy.

Energy Trust of Oregon has been helping state residents achieve lower utility bills through energy efficiency and incentives to use renewable energy for nearly 20 years. Traditionally, Energy Trust has received its funding through a public-purpose levy on customer accounts of the state’s major investor-owned utilities. HB 3141 has moved funding from a public-purpose levy to a standard rate, extending funding through 2035. The bill also requires 25% of funds to serve LMI customers — an area that Energy Trust has already moved to, said senior senior executive Dave McClelland solar program manager.

“Five years ago, we compared our investments to gas-fired power plants, considering the avoided costs of a gas-fired power plant as the cheapest investment. In some ways, renewables had won. It was the cheapest, cheapest investment for the utility,” he said. prompts us to think about what is unique about rooftop solar: what are the values ​​that rooftop solar can provide that large-scale solar projects can’t?”

“Our goal in that first year was to get 50 of those projects and we saw 200 installations,” McClelland said. “There was definitely a pent-up demand there.”

Rather than just focusing on using solar energy on LMI rooftops, the Energy Trust is also helping the state develop a community solar program with an LMI fork. 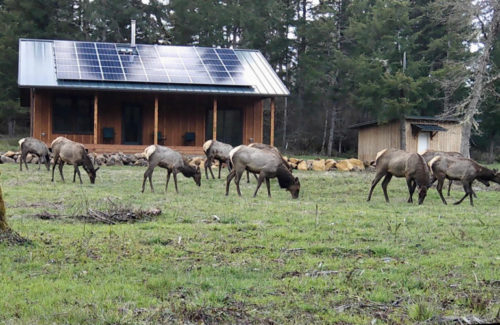 “We recognize that to truly serve all of our customers, we need to serve customers who are in a variety of circumstances. Not every customer can take advantage of a roof incentive aimed at homeowners, as many customers rent or live in multi-family homes. Community-led solar energy that is community-led or focused on serving certain customers should also be part of the solution,” McClelland said.

HB 3141 cleans up some legislative language that will encourage greater adoption of energy storage by creating incentives for distribution-connected technology that supports grid reliability and resilience. McClelland said the LMI carveout will also be applied to batteries.

“We recognize that some customers have been left behind in the first round of solar incentives. We want to make sure that while storage is a new technology and there is a role for early adopter customers to drive that market forward and reduce costs.” help print, we also want to be aware that all customers have at least some opportunity to be involved in this transition,” he said.

In addition to recent wildfires, storms and other outage events in the state, Heath Kearns, a solar sales engineer at local installer Imagine Energy, said the discounts available are increasing interest in Oregon storage.

“Our annual interest in batteries is incredible. Last year I probably mentioned batteries for 20% of the leads coming in, and now it’s about 80%,” he said. “If they can afford to [install storage], of course they will, but now there is an extra $2500 to help them pay plus [other incentives]. Getting half of the costs covered is quite attractive.”

The combination of several discount offers is increasing solar + storage adoption across all Oregon income levels, but there is a marked increase among low and middle income taxpayers.

“With the [Solar Within Reach] Combined with the ODOE solar + storage discount, we are finally making solar affordable for everyone and really breaking down barriers and increasing access,” said Crowley-Koch. “I think that’s an appropriate focus. We need to maximize the benefits for those who can really use it.”