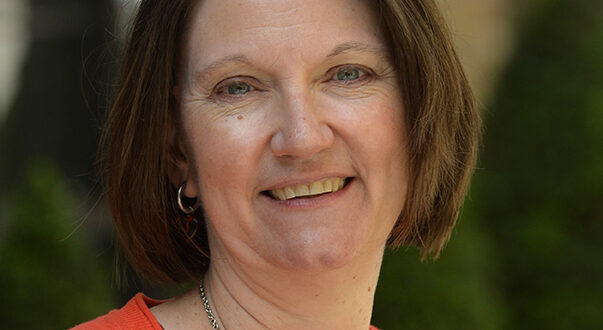 Plumbing the depths. And the heights – Builders Merchants Journal

If I had to live my life over, I’d be a plumber.

Back in the day – before Covid, the credit crunch and the 2008 financial crash it was a truth, widely recognized that one of the easiest things to do in this industry was to set up a plumbing business.

All you needed was a commercial building with a trade desk at the front, some warehouse space, preferably with a mezzanine, at the back, sufficient parking space for customers and visitors, good cooperation with your suppliers, space for the occasional bacon butty van , a coffee maker by the counter to encourage chatter and off you go.

It wasn’t the arduous search for enough space to store bricks and blocks and keep insulation and drywall dry that the heavy merchants had to contend with. Admittedly, if you wanted to add a bathroom showroom to display your plumbing, you’d need the extra space, plus the willingness to deal with retail clients, to hire designers who can squeeze china quail into bathroom-shaped pint pots and find somewhere in that warehouse for 18 different sizes of shower doors. But compared to a fully mixed trading company, with its appetite for truck parking, JCB Teletruks and Combilifts, relatively simple options.

Plumbers, it used to be said – and probably still is, because they haven’t moved – are gladly treated by plumbers’ dealers. They want to know that the person they are dealing with at the merchants knows what they are talking about. A plumber, I have been told many times, is not a builder who does a bit of plumbing, he or she is an experienced craftsman and wants to be served by equally knowledgeable staff at a ‘real’ plumber.

All of this is true and probably explains the growth of the plumbing business over the years. Kind of ‘if you build it, they’ll come’, if you will.

So relatively easy to set up. Not so it seems, so easy to make up serious daily margins. That is probably why the big national chains have stepped out of the dealer game of the specialist plumber one after the other. The main reasons for this mass exit are variations on the theme “to focus more on our core business,” in other words, companies that we know can make a decent profit margin more easily.

Grafton, which entered the mainland market through Plumbase, sold that division in October. Travis Perkins, who had a bit of a stutter setting up his own Plumbing and Heating division, then went down the takeover route and swallowed specialists Jayhard, City Plumbing Supplies and the colossal PTS, eventually siphoning his Plumbing and Heating division into private equity earlier this year. . Around the same time, Ferguson, the American plumbing giant formerly known as Wolseley, exited the UK market altogether and sold its entire standalone UK operation to private equity.

And now Grahams, the plumbing dealer founded in Glasgow in 1936 and surprisingly taken over by the Jews in 2000, has been divested. Supposedly in an effort to thwart the CMA’s attention, some branches will go to Wolseley, the rest will go to UK Plumbing Supplies.

UK Plumbing Supplies, the apparent umbrella company with big pockets for a myriad of plumbing companies – Plumb City, Plumbase, GB Willbond, Pavis and HPS Heating Plumbing Supplies – is reaping the benefits of the industry’s years of expansion. For example, HPS started 20 years ago when three ex-PTS directors decided they wanted to do it their way and set up, I think, five branches. When they sold out, they had 35+. Come to think of it, it was probably they who said about the relative ease of setting up a new branch – it was about getting the right branch manager on board.

It is clearly possible to live a decent life and make respectable margins from the plumbing trade – look at the number of independent plumbers across the country who quietly and successfully run their own business – and presumably these private equity firms would too. don’t keep buying in the market if it wasn’t. What do these guys know that the great subjects don’t? How will they cope if Saint Gobain, Travis Perkins and Grafton couldn’t? After all, plumbers still have to buy their materials from somewhere.

Or maybe, in the fullness of time, the circle will come full circle and we’ll see the big boys buy back their specialist plumbing arms. Who knows?