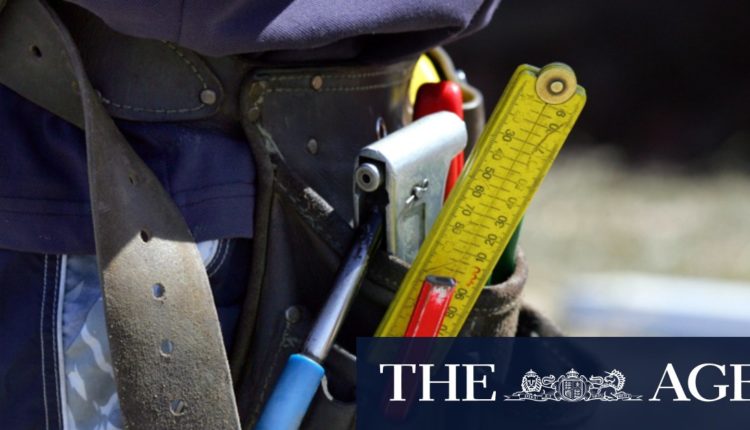 Mr Cialini said the building authority has carried out risk assessments and has taken action accordingly, but sewerage breaches were intended to change behaviour. But he said the authority was reviewing data from the first 24 months of the fines and will consider whether further action is warranted for repeat offenders.

The violations were first introduced in 2019-20, when the authority issued 252 fines.

Peter Daly, CEO of Master Plumbers, said most licensed plumbers take health and safety very seriously, and he hoped the building authority would expand its inspections and audits.

“It is anecdotal that many plumbers in regional parts of Victoria have never seen a VBA inspector appear on a booked inspection. However, plumbers are required to book an inspection and prepare for an inspection anyway, and do so in the vast majority of cases,” said Mr Daly.

The Victorian Managed Insurance Authority accepted 25,000 complaints in the 12 months to April, mostly related to waterproofing defects, worth more than $35 million in costs.

The building authority said more than half of the 93 sewer works inspected in December last year were not up to standards and required repair. This included a property in Mickleham that required a $40,000 job to cut the slab and access the pipes.

In 2013, the VBA investigated a Doreen property that had cracks throughout the house resulting in $300,000 worth of repairs due to non-compliant stormwater drainage.

The Morning Edition newsletter is our guide to the most important and interesting stories, analysis and insights of the day. Register here.

Air conditioner thefts are heating up this summer – KOKH FOX25