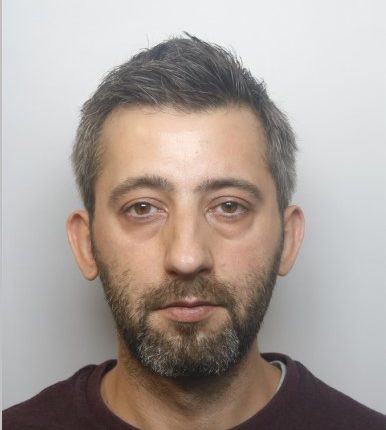 A SOMERSET plumber has been jailed after being trapped by a police undercover operation as he tried to groom a 13-year-old girl for sex.

Ionut Voicu sent a stream of pornographic videos and pictures of his private parts during a two-month online seduction of what he believed to be a naïve schoolgirl.

He arranged to meet her near his home, in Wellington, and police found him with condoms and cannabis which he had told the girl would ‘kill the shy’.

In reality, he was not talking to a girl at all and had fallen for an undercover sting operation run be a police child protection unit

Officers found evidence on his phone of a short exchange of messages with a 14-year-old girl but were not able to trace her.

Voicu, 36, admitted attempting to meet a child with the intent of committing a sexual offence, two counts of attempted sexual communications with a child and five of inciting a child to watch sexual activity.

He was originally freed on a three-year community order at Taunton Crown Court but the Attorney General appealed the sentence as being too lenient.

The Court of Appeal increased the sentence to three years and four months immediate custody while sitting at Exeter Crown Court.

Lord Chief Justice Lord Burnett of Maldon said a jail sentence was necessary because Voicu had been planning to have sex with an underage girl.

He said: “In our judgment, it is abundantly clear that the defendant intended there should be penetrative sex. There was grooming behaviour and the offending included sending her pornography.

“We are satisfied that a non-custodial sentence is wholly inappropriate for this offending.”

Voicu, who has been free while awaiting the appeal, was not at court. He was ordered to hand himself into the police so he can start his sentence.

Mr Joel Smith, prosecuting, said Voicu started the exchange with a girl called Emily online in April 2020 and turned the conversation to sex.

He asked her to pull up her jumper and he sent her pictures of his genitals which he said were cheeky.

He went on to sent her 34 pornographic clips of adults having sex and asked which of the activities she wanted to take part in.

He arranged to meet her and offered to give her cannabis to help her relax and ‘kill the shy’.

He was found with cannabis and two condoms when police arrived at the rendez-vous.

Mrs Nikki Coombe, defending, said Voicu’s messages made it clear he was only interested in sex if the girl agreed to it and so it was wrong to infer that he intended penetrative sex.

She said a probation report considered him to be at low risk of reoffending and concluded the public would be better protected by him going on a treatment course for sex offenders.

7 Indicators Your Roofer is Shady