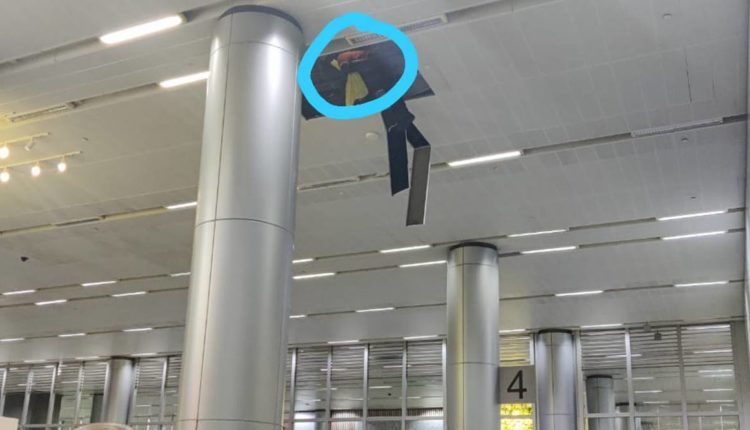 A plumber who was tasked with cleaning a drain pipe in the arrival area of ​​Rajiv Gandhi International Airport in Hyderabad died late Thursday evening. The cause of death is determined while it is suspected that it was caused by suffocation after inhaling toxic fumes.

Two of his colleagues who tried to help him likewise fell unconscious and were rushed to the Apollo Medical Center on the airport grounds for medical attention. The incident took place at 8 p.m. on Thursday.

The GMR Hyderabad International Airport Limited said in an official statement: “Today an employee of Faber Sindoori Facilities Management Services was found dead. The cause of death has yet to be determined. We offer all our support to the family of the deceased.”

On Thursday evening, three workers climbed up the air duct using a ladder to check for leaks from the drain upon arrival. To clear any blockages in the drain, they poured acid into it. The fumes killed Narasimha Reddy. The other two people are safe. The deceased has been transferred to the Gandhi Hospital mortuary for post-mortem examination, the DCP added.

A case has been registered under Section 304 A of IPC for causing death by negligence against Faber Sindoori Facility Management Services. The GMR spokesperson declined to release more details, citing an ongoing police investigation. The health of the two workers is stable. “We don’t know the cause of his death yet,” he said.