Pivot Energy has begun construction of 10 new community solar projects in Illinois. The project portfolio represents 17.1 MW of capacity through the Illinois Adjustable Block Program in the Ameren and Commonwealth Edison utility areas. 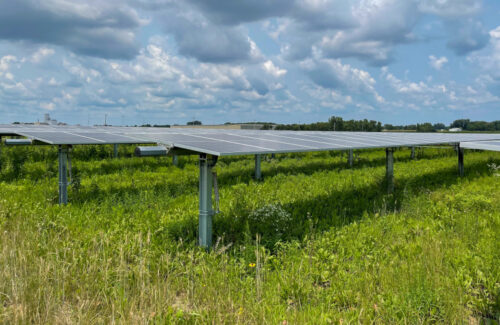 One of Pivot’s Illinois projects – a 2.8 MW system in Kankakee.

“We are deeply committed to providing fair access to solar energy for the community,” said Garrett Peterson, Pivot Energy’s Senior Vice President of Project Development. “By bringing solar energy to those who need it most, we empower individuals and extend the benefits to entire communities in the form of cleaner air, lower electricity bills and jobs.”

With the passage of the Future Energy Jobs Act (FEJA) in 2016 and the subsequent Climate and Equitable Jobs Act (CEJA) in 2021, Illinois has gradually become a nationwide leader in renewable energy deployment. The legislation sets the state on the path to 100% clean energy by 2045.

“We applaud Governor Pritzker’s efforts to transition Illinois to clean energy,” Peterson said. “Our company is proud to employ Illinoisans and invest in the local economy in our efforts to leverage renewable energy for those who previously lacked access.”