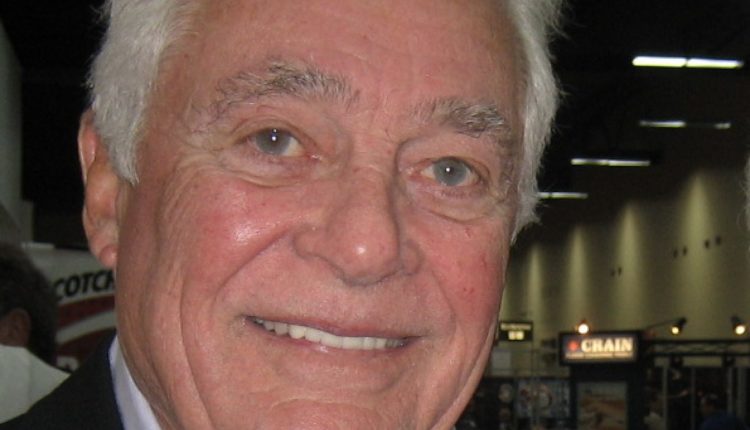 Phil Gutierrez still a leader at 80 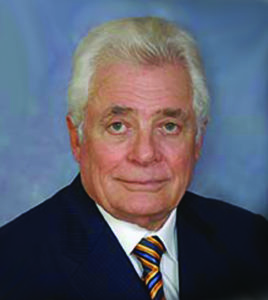 phil Gutierrez, CEO, president and sole director and chairman of Abbey Carpet & Floor and Floors To Go, is a powerhouse in the industry. Described by those who know him as the epitome of the “American Dream,” he is more than just the leader of the country’s first flooring buying group—he’s a difference maker and a truly humble and skilled leader.

To celebrate Gutierrez as he rings in his 80th birthday today, March 18, FCNews spoke with colleagues, suppliers, retailers and friends about how he has impacted them personally as well as the industry at large.

“He is the most honorable man I’ve ever met in the flooring industry. He does more than he says, and sometimes you don’t even know he’s doing it. So many things that he’s done over the years for the members that are remarkable. Nobody else would’ve done it, he did it. He came to bat for me more than once. There’s nothing I wouldn’t do for him—he’s an incredible man, a good man.”

“Phil Gutierrez has been an extremely important part of my business venture. He was a mentor from the very beginning when we bought our store and when we started with Abbey, which was only a year after we purchased the store. We’ve been with Abbey Corporate 35 years, and he has shown himself to be such a generous person to all his members and to the industry in general. He has paved some pathways that I don’t think anybody else would have paved. He was at the forefront of making buying groups a reality and making it important. He made our business what it is, which is amazing. He’s a good friend.”

“Phil Gutierrez has been an extreme help in building my business. He was there for us from the beginning, getting the showroom looking like a million dollars. He provided a ton of rugs for me on consignment. I was very happy to be a part of the family, and it was because of people like Phil. I am very grateful for him. [To describe] Phil, I would say No. 1 is integrity. no. 2, he’s a class act. and no. 3, willing to help. Those types of things are something you don’t get from everybody. For him to open up his business to me
and all these other dealers are awesome.”

“Phil Gutierrez is an American success story. A guy who started out with nothing and built a company from the ground up. I admire him for what he has done and stuck with it all these years. He could have walked away a long time ago. He hasn’t done that. He’s still involved. He’s still up there on the stage at the general session. That’s pretty awesome. You know, through some health issues that he’s had, he’s still here. He’s still walking the floor, still shaking people’s hands. That’s good stuff. If I had to sum it up in one word: hero. He’s one of my heroes.”

“He’s a compassionate, kid man. he really is. He has taken me in from day one. When I started with Abbey Floors to Go for the Shaw account, he welcomed me into the family and he really has treated me like a daughter. I love going to visit Phil, because we meet in his store, talk about business and then he [invites me into] his home just like I was a family member. Phil has meant a lot to Shaw, too, because through the years he has really been an example of the American dream. That’s the way we look at Phil. And he has brought that ability to our industry—for anybody, any of the entrepreneurs, any of these store owners, regardless of their size, to accomplish that same dream that he’s been able to accomplish.”

“Phil Gutierrez is a pioneer in the industry. There are not too many people I know who have made that kind of a difference in the small business because the flooring industry was so fragmented. He gave a voice to the small, mom-and-pop retailers. Many were installers who decided to do a store but had no idea how to run a business, so Phil gave them business acumen, made them more successful and truly shaped this industry. Phil’s contributions go on and on and on. He has impacted me with his energy every time he’s around. Phil can say a big idea in one sentence or two. That is a remarkable capability.”

I met Phil in the mid-’70s at the Abbey Carpet headquarters in Sacramento just as Queen started growing in the carpet industry. Phil was working for Milt Levison, who owned Abbey. He was very nice and gracious to me, especially considering we were just a small carpet mill. As the years went by and Phil eventually acquired Abbey from Milt, we became very close. He really had a lot to do with Queen and Shaw’s growth. He is the consummate gentleman and has played a huge role in bringing retail flooring to a higher level.

“Obviously, he has done a tremendous amount for me personally. He has trusted me, listened to me, worked with me. I’ve learned a lot from him and that’s priceless. We could never repay him for what he has done. He has given me the opportunity to do what I do. And he’s a warrior. He has been through more than I could ever imagine and he still loves this business and his members, and is always willing to work with them. You don’t get many people who are like that anymore, who cares so much. I started here 24 years ago and he was passionate then, but he has moved forward with that same passion every day.”

“Phil is an industry icon. He’s a Hall of Famer for a good reason. He has helped a lot of people tremendously in this business. He’s a man with compassion and he’s a man of tremendous values ​​who believes in helping people. The joy in it for us and for him is that you see somebody who comes to us—and they’re making a living—but they engage in the things that we provide and all of a sudden they start making real money. Phil built that. We’re just carrying on his legacy, really.”

“Hard work and determination. personality. Caring about his members and his suppliers. That’s Phil. He personally cares about each one of them and he’s very protective of them. He’s always available to help them with anything they need—be it personal or business related. He started off with nothing. He worked hard for everything he has. And he’s very humble about what he’ has done. But he enjoys people and enjoys helping people and doesn’t take a lot of credit for himself.”

“I’ve been with Phil for 24 years, and he has been my mentor for those 24 years. Behind the scenes he has helped a lot of people. He has been very kind to everyone in the office, to everyone that works for him and especially to our stores.”

“I followed Phil when he was selling franchises to Abbey in the late ’70s before he bought the company. The other day I said to him, ‘You did a hell of a job because you’re a hard act to follow.’ He cares about his customers. He’s a phenomenal guy. He built a great company—they take care of the people that work for them, even their relatives.”