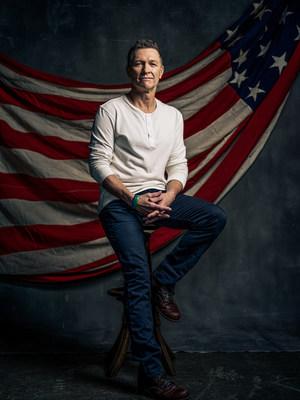 LAKE FOREST, California., Aug 2, 2021 /PRNewswire/ — Pfister, a trusted leader in the plumbing industry since 1910, introduces American Plumber Stories, a docuseries about the lives of plumbers in the US. The biweekly digital series, hosted by country music entertainer and military veteran Craig Morgan, launches today at www.AmericanPlumberStories.com.

“This docuseries is changing the image of the plumbing industry and helping to attract and recruit new staff.”

American Plumber Stories aims to promote the plumbing profession to the next generation of professionals. The show highlights the stories of plumbers across the country, including how they got started in the plumbing trade and the passion they have for their profession. These stories show how they have built a career that allows them to live financially rewarding and fulfilling lives.

Plumbers and their unique hobbies such as car racing, kite surfing and many other exciting stories are featured. Each episode is entertaining, but also highlights the real-life opportunities the plumbing industry offers to those who aren’t aspiring to a college degree or aren’t sure what career path to pursue. Becoming an “American Plumber” is a real alternative. Because of the foregoing significant student debt and starting a career early, young plumbing professionals can build fulfilling lives for themselves and their families.

The plumbing industry is facing a major staff shortage. The most experienced professionals are approaching retirement age and leaving the workforce. At the same time, the number of men and women who want to learn the trade continues to decline. Today, special high school programs and vocational or trade schools are scarce for aspiring students who want a career in trade. Compared to higher education and the promise and perceived security of a corporate career, there is also a negative stigma attached to the plumber profession. Academic achievements became more favorable and the idea of ​​trade education was abandoned.

“Young men and women who enter the labor market early can learn the plumbing trade and make a long-term career out of it. This also enables many to start and build their own businesses. American Plumber Stories is to update the perception of the plumbing profession in a documentary format. We need to engage young people, share an authentic look at today’s plumbing industry and share the success stories of real plumbers to encourage a new workforce,” said Spencer Brown, Pfister’s Director of Sales and executive producer of American Plumber Stories.

“The goals of American Plumber Stories to inspire, educate and entertain. We hope the docuseries will change the image of the industry and attract and recruit new talent.”

Initially, 12 episodes will be released over the course of 6 months, starting August 2. Pfister teams up with chart-topping country music star Craig Morgan as an official brand ambassador and he will also host every episode. Morgan, who wrote and performed the original theme song of the docuseries “Good Life,” embodies the values ​​of everyone who works in the profession. His integrity, family values ​​and grit reflect the ideals of the “working man” and their passion for our country, living the story that each of us deserves every chance to realize the American Dream.

“I was really excited when Pfister approached me about this project – I’m happy to help shed light on the business and see what Pfister is doing with American Plumber Stories to inspire a new generation of plumbers.” says Morgan.

American Plumber Stories can be viewed at: www.AmericanPlumberStories.com.

The social media presence is as follows:

About Craig Morgan: A versatile entertainer, Craig Morgan has made a name for himself as a country music icon, TV personality, celebrated outdoorsman and patriotic army veteran. Morgan, one of country music’s most beloved artists, has charted 25 songs Billboard and captivates massive crowds with signature hits such as “Bonfire,” Almost Home,” “Redneck Yacht Club,” “International Harvester,” “This Ole Boy,” “Wake Up Loving You,” and the four-week No. 1.” That’s What I Love About Sunday.” Last year Morgan released his first new music in over three years – God, family, country. The album combines five new songs – including “The Father, My son, and the Holy Ghost,” Craig’s faithful tribute to his son Jerry, with remastered versions of some of the most powerful songs he recorded for Broken Bow from 2002 to 2008, blending his past hits with future signatures. Craig offers his opinion on On Gavin DeGraw’s crush, “Soldier.” He also worked with active duty Army Airborne Rangers Justin Wright and Andrew Yacovone to offer the summery “Sippin’ On The Simple Life”.

Craig received one of country music’s highest honors when he was inducted as a member of the Grand Ole Opry in 2008. Before becoming a country star and TV sensation, Morgan served our country for 17 years in the military and army reserves. Morgan remains an avid supporter of the US military and has made 16 overseas trips to represent our troops. He is a recipient of the 2006 USO Merit Award and in 2018 was awarded the Army’s Outstanding Civilian Service Medal, one of the highest honors the Department of the Army can bestow on a civilian, in recognition of his great dedication to our military men. and women around the world.