Only solar and wind projects were added to U.S. grid in March 2022

According to a review of FERC and EIA data by the SUN DAY campaign, renewable energy sources provided 97.4% of new household electrical generation capacity and 24.4% of actual generation in the first quarter of 2022.

According to FERC data, utility-scale solar and wind facilities have added 1,639 MW and 4,114 MW, respectively. Hydropower added another 5 MW. Natural gas contributed the remaining 154 MW of the 5,912 MW of new capacity reported in the first three months of the year. 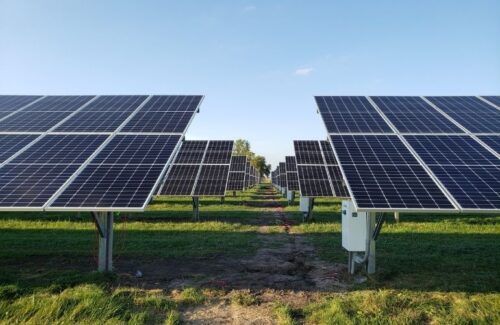 Renewables now supply more than a quarter (26.4%) of the total available installed generation capacity in the US – a share significantly greater than that of coal (18.2%) and more than three times that of nuclear power (8. 2%). Only natural gas (43.9%) provides a larger part of the capacity.

In addition, the actual generation of electricity from renewable energy sources set new records for both the first quarter and March alone.

According to EIA data, renewables (including residential solar) increased their electrical output in the first quarter by 18.3% compared to the same period a year earlier, supplying 24.4% of total US electricity generation. Renewables reached 27.8% in March alone.

FERC data indicates that the share of solar and wind generation capacity is on track to increase significantly over the next three years. FERC notes that there may be as much as 183,697 MW of new solar capacity in the pipeline, with 60,288 MW classified as “high probability” additions and no compensating “pensions.” The “high probability” additions alone would nearly double the current installed solar capacity of 72,070 MW, while successful completion of all projects in the pipeline would more than triple it.

In addition, new wind capacity could total 72,341 MW by March 2025, with 18,339 MW being “highly likely” and only 151 MW expected to exit. The installed wind power could therefore grow by at least 13% and possibly by much more.

“High probability” utility-scale solar and wind generation capacity additions combined, minus projected retirements, reflect a projected net increase of 78,416 MW over the next three years, or nearly 2,200 MW per month. That figure does not include new distributed, small-scale solar capacity or additions by hydropower, geothermal and biomass. In comparison, the net growth for natural gas is only 10,778 MW. For example, solar and wind combined are projected to provide more than seven times the net new generation capacity of natural gas by March 2025, not to mention nearly 360 times the net new capacity of nuclear power (expected to add just 218 MW). † Coal is expected to decrease by 30,241 MW.

If only FERC’s latest “high probability” projections come true, renewables should supply nearly a third (31.31%) of the country’s total available installed generation capacity by March 2025, with utility-scale solar and wind powering well for 10.09% and 12.00% , respectively.

“2022 has started as a strong year for solar and wind, despite headwinds such as disruptions in global supply chains, trade disputes and access to transmission,” said Ken Bossong, executive director of the SUN DAY Campaign. “Along with other renewables, they look poised to become the fastest growing sources of both new capacity and actual generation by 2022.”