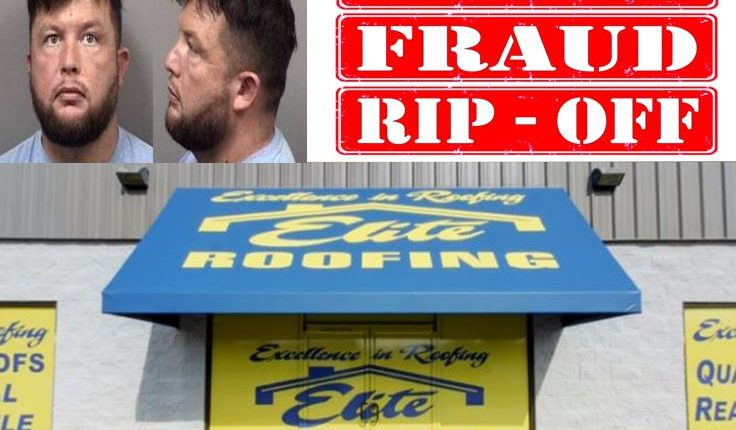 
In late 2019, Ocala Post released a story about Elite Roofing and Gutters after customers from multiple counties reported having been scammed for thousands of dollars.

The company was accused of defrauding customers in multiple counties, so the Florida Department of Law Enforcement stepped in and began a statewide investigation.

Despite the fact that Elite Roofing’s owner, Jason Lee Beville, has defrauded residents of thousands of dollars in deposits, he is still licensed by the state of Florida.

Beville was arrested in April 2019 and charged with Grand Theft after a client filed a complaint with the Citrus County Sheriff’s Office. The Better Business Bureau revoked the company’s accreditation shortly after Beville’s arrest, but the company still claims they have an “A” rating with the BBB.

According to court records, Beville and his company are being sued for business loans in excess of hundreds of thousands of dollars with lawsuits dating back 11 years.

The company used to be called Top Knotch Roofing, but since 2006, Beville has changed the company name several times in an attempt to continue its scam.

Detective Robaldo Ramos of the Citrus County Sheriff’s Office Major Crimes Unit was assigned several cases in which Beville, operating in his official business capacity, was the suspect. Multiple victims told officials that Beville had withdrawn thousands of dollars in down payments for roof repairs or replacements, and never actually completed the contracted work.

As a result of the fraudulent practices in several countries, along with a third case, the investigation was again transferred to FDLE for investigation.